5 Interesting Facts About the Democracy Monument in Bangkok

The Democracy Monument is the focal point of Ratchadamnoen Klang, a grand European-style avenue. It was built to commemorate Thailand's historic transition from absolute to constitutional monarchy, as its name denotes. Read the article to find out more on this iconic location

The Democracy Monument (Anusawari Prachathipatai in Thai) is one of the more popular monuments in Bangkok. The monument was erected on 24 June 1939 to commemorate the 1932 Siamese Revolution which transitioned Thailand into a constitutional monarchy. There are plenty of interesting facts about this historical monument that might surprise you! Here are five things you might not know about the Democracy Monument.

1) It Is One of the Largest Monuments In Bangkok

Democracy Monument is one of Thailand’s largest monuments. While it’s not as large as some other structures in Thailand, Democracy Monument is still an impressive structure that dominates its surroundings. The Democracy monument is also just a step away from Khao San Road, Wat Saket and the Royal Grand Palace, which makes it easy to include it in your Bangkok Old Town sightseeing itinerary. 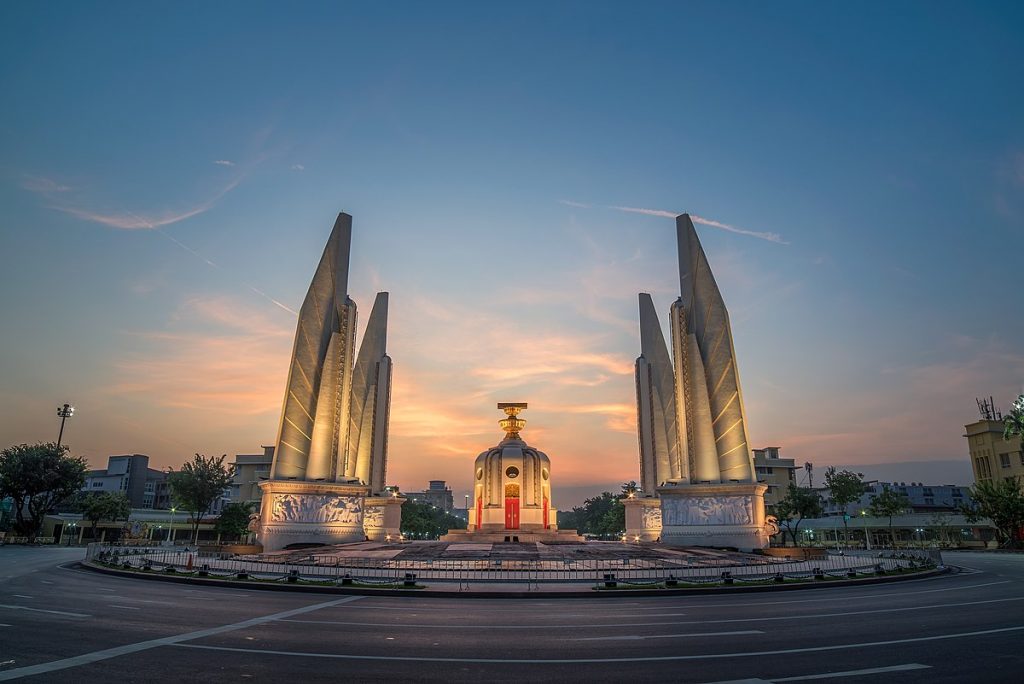 2) The Designer of the Sculptures Was Italian

The monument was designed by a Thai architect, Maeo Aphaiwong, whose brother was a prominent member of the government at the time. However, the sculptures at the base of the monument were created by an Italian sculptor, Corrado Feroci, who later became a Thai citizen and went by the name Silpa Bhirasi. Feroci had been invited to Thailand by King Rama VI to help develop Western style art in the country. In addition to the Democracy Monument, Feroci also designed several other notable monuments, including the Victory Monument and the statue of King Rama I.

3) The Monument Was Built To Commemorate the Revolution

The main purpose of the Democracy Monument is to commemorate the 1932 revolution that ended absolute monarchy in Thailand. The revolution was a bloodless coup d’état that saw military leaders and civilian protesters come together to form a new constitutional monarchy. This event is widely seen as a turning point in Thai history. This is commemorated through both the inscriptions on the monument itself as well as the reliefs on its base, which depict scenes from the revolution.

The central point of Democracy Monument is a structure containing an image of two traditional offering bowls holding a palm-leaf manuscript box. This contains a representation of the 1932 constitution. The surrounding four wings, which stand at 24 meters tall, represent the four branches of the Thai armed forces – army, navy, air force and police –  that were involved in executing the coup on June 24, 1932.

5) The Reliefs on the Base Depict Historical Events

The reliefs on the base of the Democracy Monument depict scenes from the revolutionary council preparing for the revolution as well as scenes of the revolution itself. Some depict scenes of ordinary Thai civilians supporting the coup under the protection of the police and the army. From a modern point of view, this may appear somewhat ironic, since the monument has been the site of many recent anti-government demonstrations and has seen frequent clashes between pro-democracy protesters and the police.

However, these reliefs are extremely intricate and detailed, so it’s worth taking some time to admire this part of the monument while you’re there.

How to Get to the Democracy Monument in Bangkok – Map Location, Transport 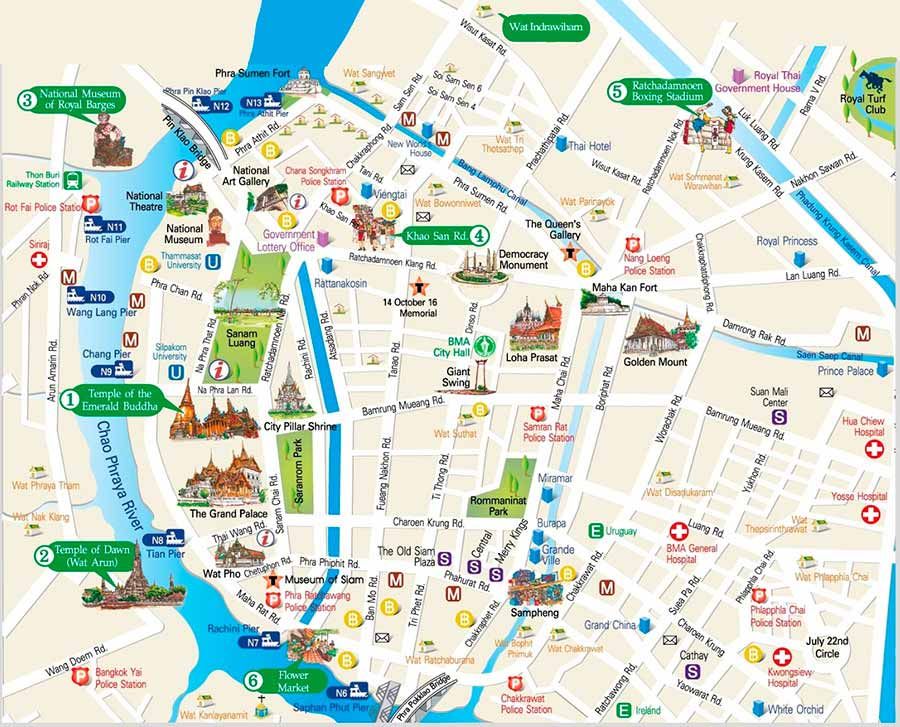 There is no BTS Skytrain station within an easy walking distance, but if you’re taking the MRT, the nearest station is Sam Yot on the Silom line. From Sam Yot, it’s about a 15-minute walk to the Democracy Monument.

You can also reach the Democracy Monument by taxi or tuk-tuk quite easily from any nearby attractions. Simply tell your driver that you want to go to Democracy Monument (or Anusawari Prachathipatai) and they should know where to take you.

Why Should You Visit Democracy Monument Bangkok?

Whether you want to know about Thailand’s history and architecture, or simply want to get a closer look into modern Thai society, the Democracy Monument is worth visiting. It is one of the city’s most popular tourist attractions, and it offers a unique glimpse into Thai history and culture. So if you’re visiting Bangkok, be sure to add a visit to Democracy Monument to your itinerary! 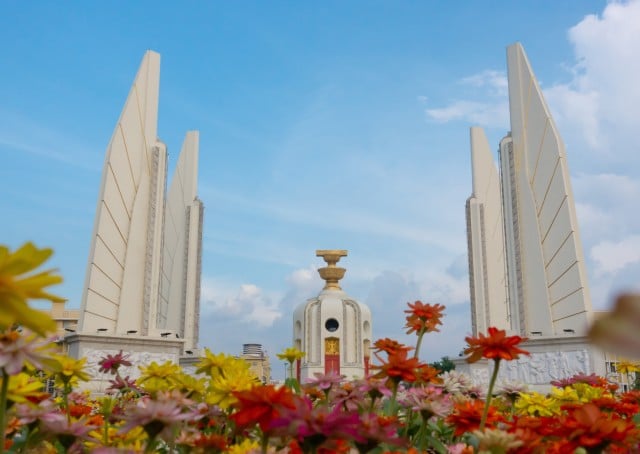 Democracy Monument is one of the top attractions in Bangkok. Its intricate architecture and place in Thai history make it a must-see spot for anyone exploring this fascinating city. These five interesting facts provide a snapshot of the history and significance of this iconic landmark. A good way to visit the Democracy Monument, while also exploring other significant points of interest, is by booking an e-scooter tour in Bangkok’s Old Town with us.