A specialty of Chinatown in Bangkok and one of the most common street foods, Guay Tiew Kua Gai or fried chicken noodle is a staple in Bangkok's street food scene

When we are talking about Bangkok street food fried noodles, most tourists go for Pad See Eeu, Pad Thai, Pad Kee Mao (Drunken Noodles) or Rat Na, which seem the most popular options but how many of you have ever heard about “Guay Tiew Kua Gai” or Fried Rice Noodles with Chicken? Make sure you check what is the best place for another delicious food that can be tasted in Bangkok. 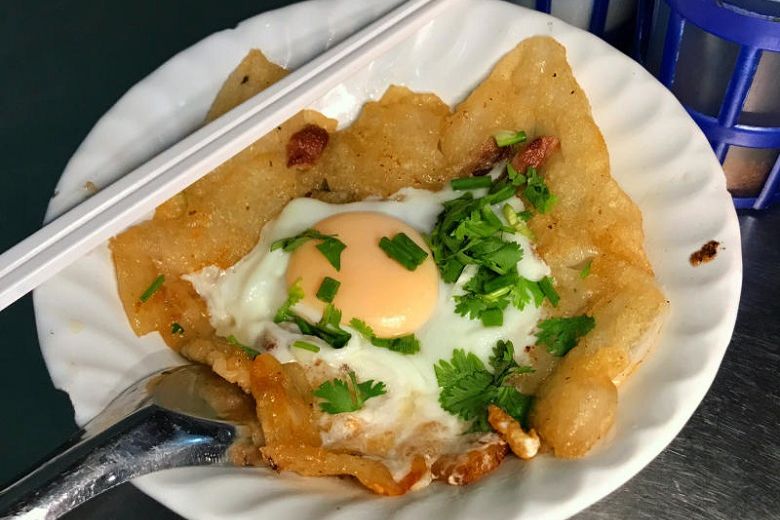 The word Kua in Thai generally means that these noodles are roasted on the contrary of Pad which in Thai means stir fried. A wok, as for stir-fried dishes, is used to cook the noodles. The difference is that here the chef lets the food set to get that charcoal on the border to burn texture and flavor. That is roasting in a wok in Thai. 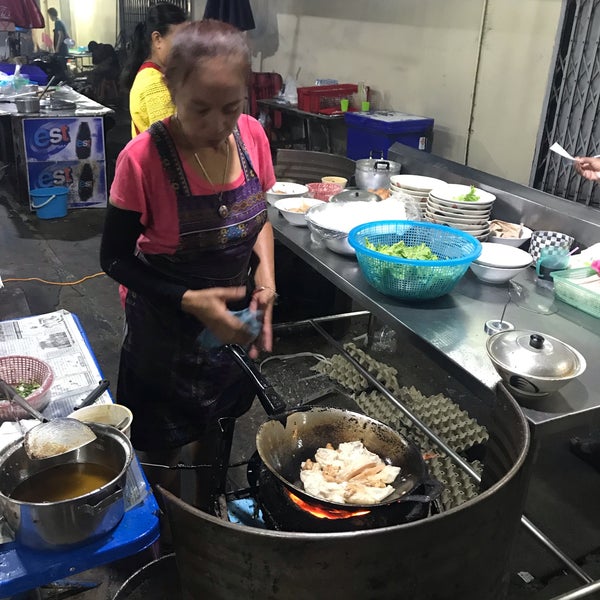 Where does the flavor come from?

The entire flavor comes from cooking food in pork fat under high heat, adding a bit of soy sauce, eggs and spring onions. Although it may seems a pretty basic dish the main challenge is to keep the noodles crispy from the outside and smooth and soft from the inside.

When marinating the meat many vendors use soy sauce, sugar and white pepper. However white pepper can also be added later according to customer preferences. The dish can normally be ordered with or without an extra egg on top. If you choose to add an extra egg they will crack it raw on top of your dish just before serving. The egg white will get cooked from the high temperature and when you mix the egg yolk with the rest of the dish. If you like it, add roasted chili before mixing in the egg yolk. Chili and egg yolk is a tasty combination, also when the chili is roasted instead of being stir-fried. It’s all served on top lettuce leaves. 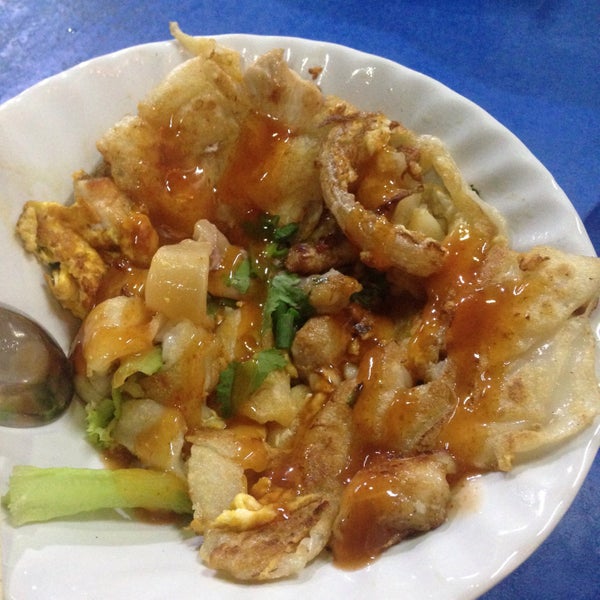 Among the most historical spots where to taste Gua Tiaw Kua Gai there is Ann Guay Tiew Kua Gai, located in Chinatown next to Khlong Thom Market. It is one of the most well-known places to get to try this dish. It was also awarded a Michelin Bib Gourmand in 2019. 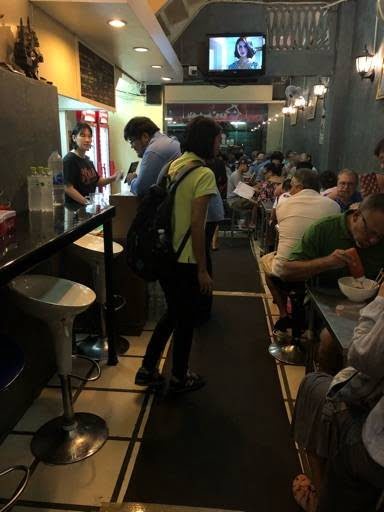 The restaurant although equipped with air conditioner still cook its food onto the street so you can get a feel of Bangkok street food. In its menu it offers Fried Noodles with Chicken, Pork, Ham or Squid, though there is an all-in-on combination of Fried Noodles with Chicken, Ham, Squid topped with Runny Egg. Generally it is very affordable. The best way is to taste it with a Cha Manao or other Thai Traditional Drinks.

When presented, the dish look just like fried omelette, with the rice noodles cooked till it was coated with a layer of golden-brown.

If you feel you would like to have a try let us know and we will be happy to take you there for a Food Tour!