As rules for entering Thailand are slowly relaxing, if you're thinking about coming, brush up a couple of these facts about Thailand by reading this article!

Before Covid-19 hit the world, approximately sixteen million tourists visited Thailand each year, however the country’s cultural integrity has remained substantially intact despite the many visitors.

There are 77 provinces in Thailand, containing 63 million people throughout mountains, from scenic islands to bustling metropolis – so as rules are relaxing if you’re thinking about coming, brush up on a couple of these facts about Thailand:

Thailand is a large extended family 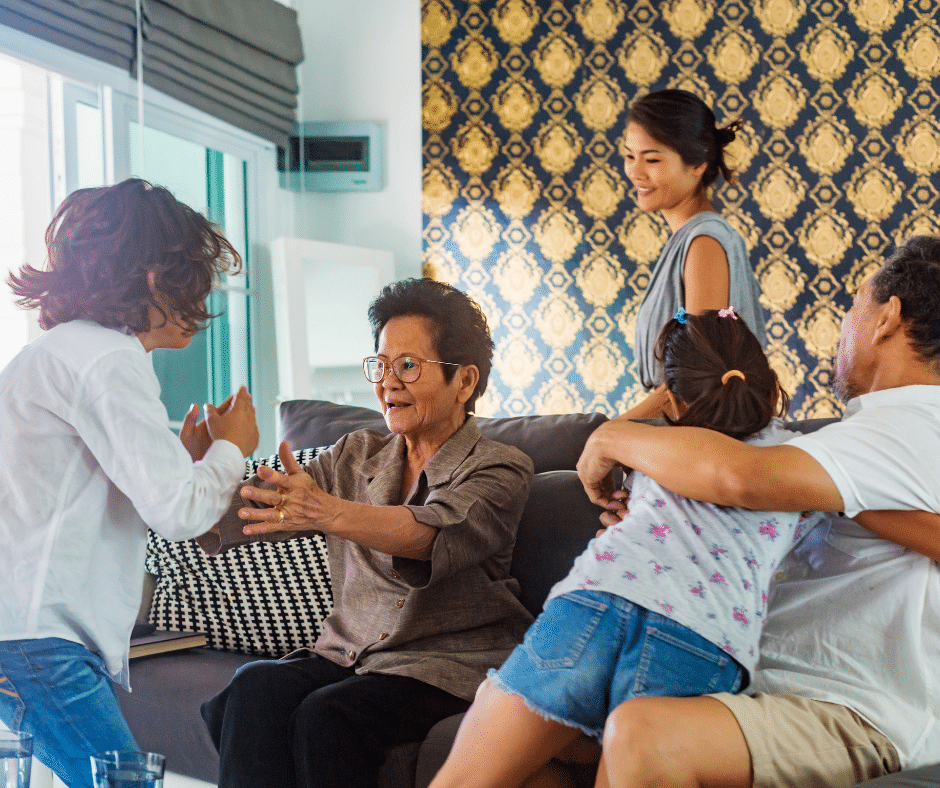 “Khun,” which is the pronoun for “you” in Thai, is used to refer to someone who is older or younger than you. It is often impolite in Thai to address someone older than you solely by their name; it is generally better to add a word before their name to address them. This may be “Khun,” but the Thai language contains numerous additional words with varying degrees of politeness and friendliness.

Thais utilise family terms as personal pronouns in addition to the regular pronouns. Such pronouns are routinely used even among strangers who are not related by blood! Someone may refer to an elderly street seller as “pa” – aunt, or a cab driver as “lung” – uncle. In a restaurant, a server might refer to you as “pi” – older brother/sister. Don’t be upset or puzzled; it’s only one of many ways to show respect. We can be a family anywhere in Thailand! 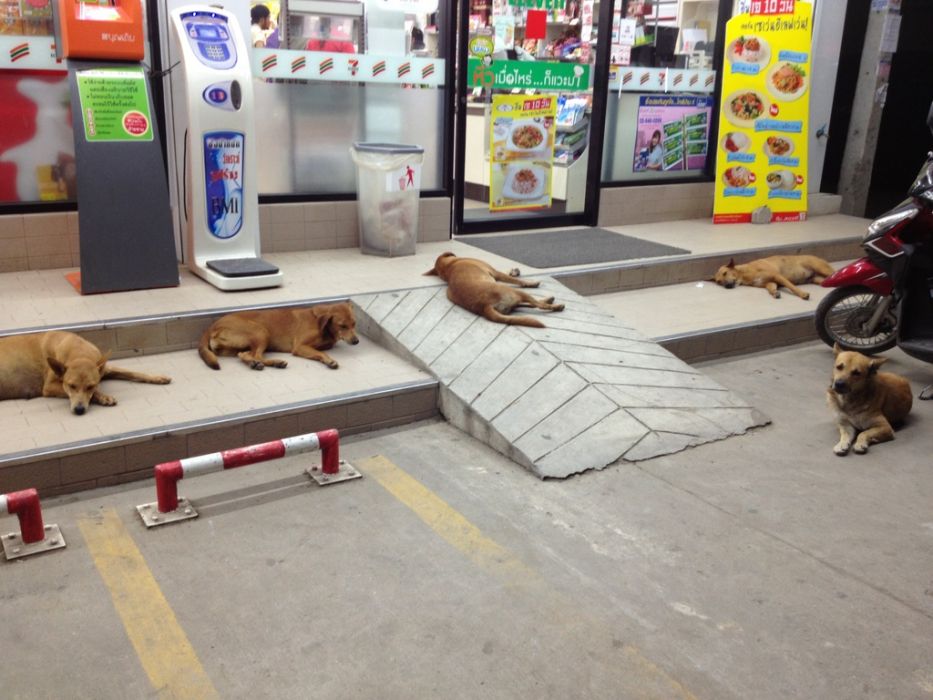 When visiting a 7-Eleven store, especially in non-touristy regions or on the outskirts of town in small sois (alleys), you may be shocked to see homeless dogs laying nearby. The 7-Eleven store appears to be a popular spot for them to get some fresh air (when the door gets opened). Because Thailand’s weather is quite hot (too hot even for dogs). Furthermore, Thais are far too friendly to drive them away. Some customers even go around them to enter the business since they don’t want to bother them. 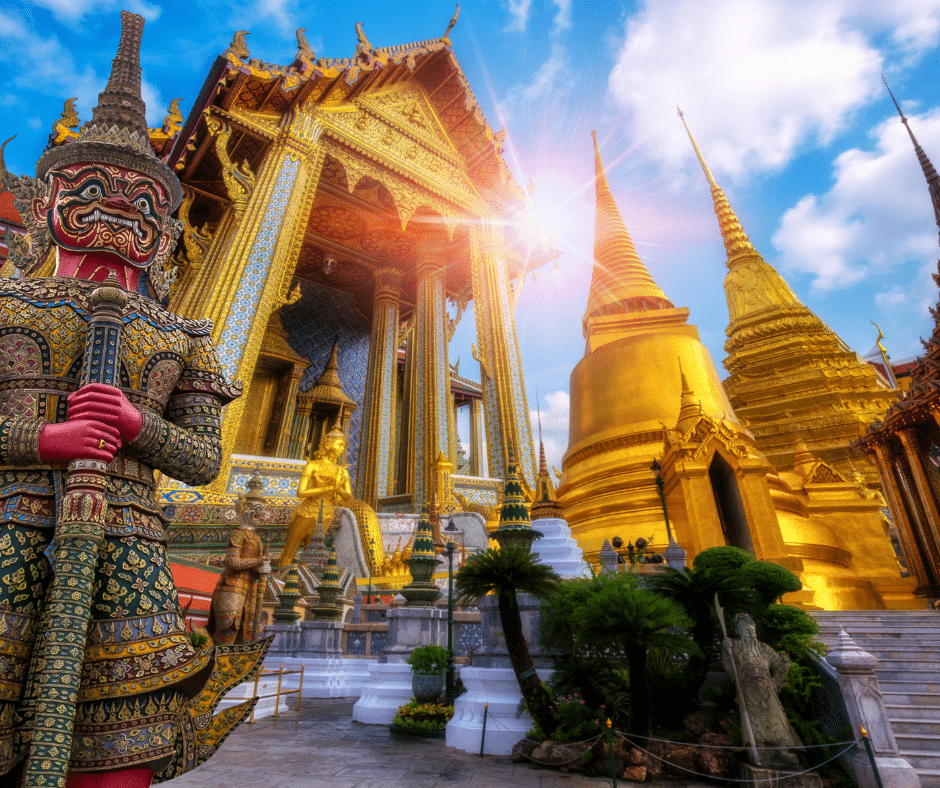 What does the name mean exactly?

It means “City of Angels, Great City of Immortals, Magnificent City of the Nine Gems, Seat of the King, City of Royal Palaces, Home of Gods Incarnate, Erected at Indra’s Behest by Visvakarman.” 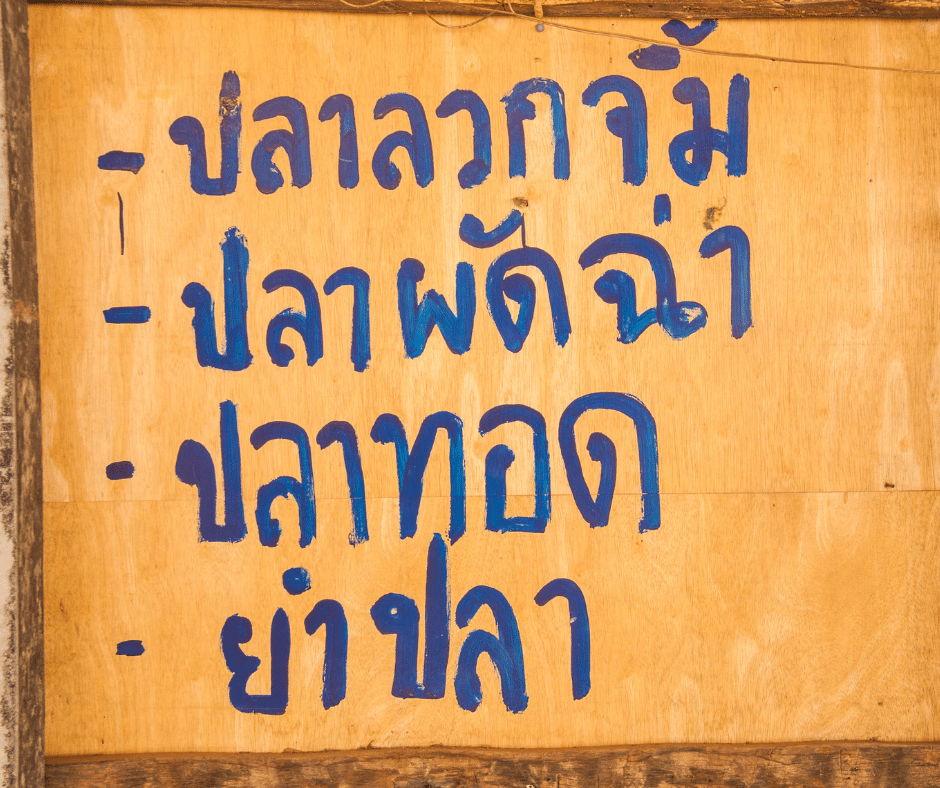 If you get the chance to study Thai, you might get a headache. The Thai alphabet consists of 44 consonants and 32 vowels. Not only that, but the tonal element of the language might give you serious additional headaches!

A excellent example of that is probably the words near and far. The term “glai” means “near” while “glai” means “far”. Can you spot any differences? It’s of course the tone makes all the difference! Glâi (falling tone, signifying “close”) and glai (mid-tone, indicating “far”). 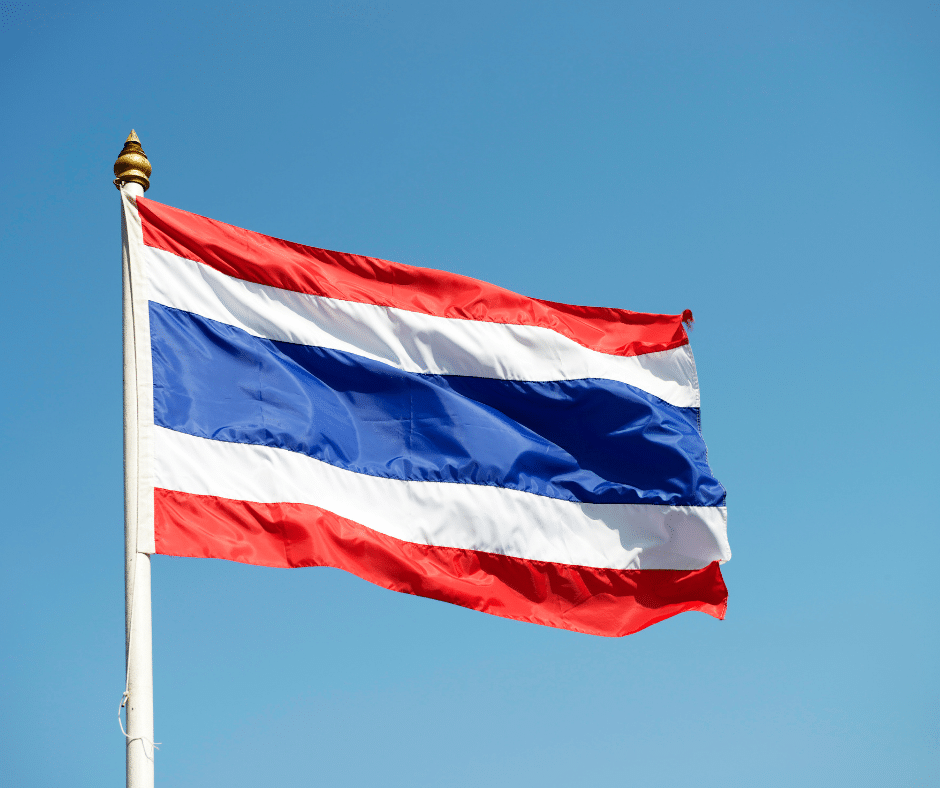 Thailand is the only country in Southeast Asia that has never been colonised by a European power. In reality, the name of the country in Thai is Prathet Thai, which means “land of the free.” That’s quite a good fit! All of its neighbouring countries were either under British or French rule.

British colonies included Burma and Malaysia, whereas French colonies included Laos and Cambodia. Thailand accomplished to remain uncolonized by yielding some Malay regions to the British on a selective basis and via deft negotiation. Thailand was an ally of Japan throughout WWII, hence it was never captured formally. Following WWII, it formed an alliance with the United States, which enabled it to avoid communist uprisings that were common in Laos, Cambodia, and Vietnam. 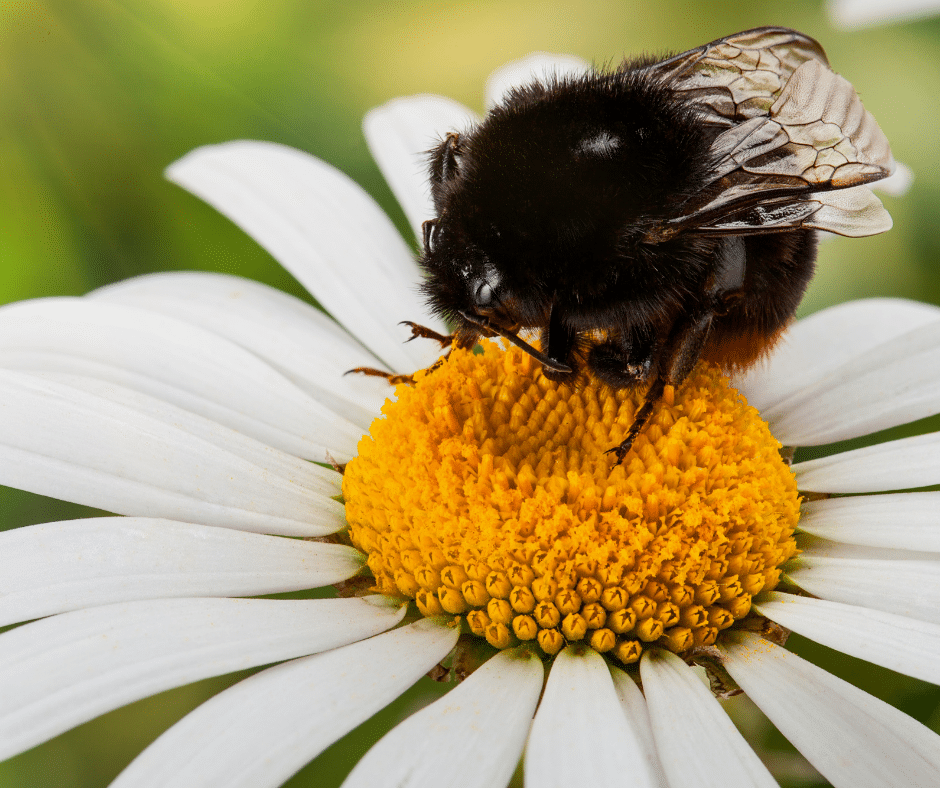 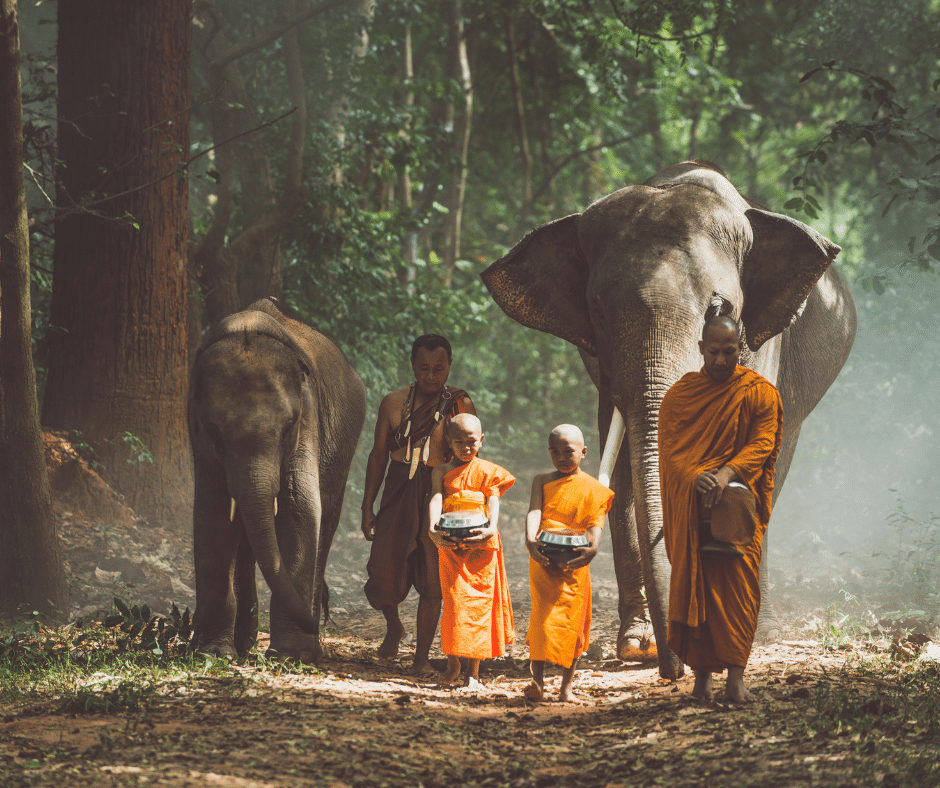 In the past, all males used to be Buddhist monks, for at least a limited time during their lives. Before they turned 20 years old, all young men in Thailand (including kings) were forced to become Buddhist monks – even if just for a brief time. However, this tradition may no longer be as popular as it was, although still practices throughout the country.

Thailand is the birthplace of Red Bull 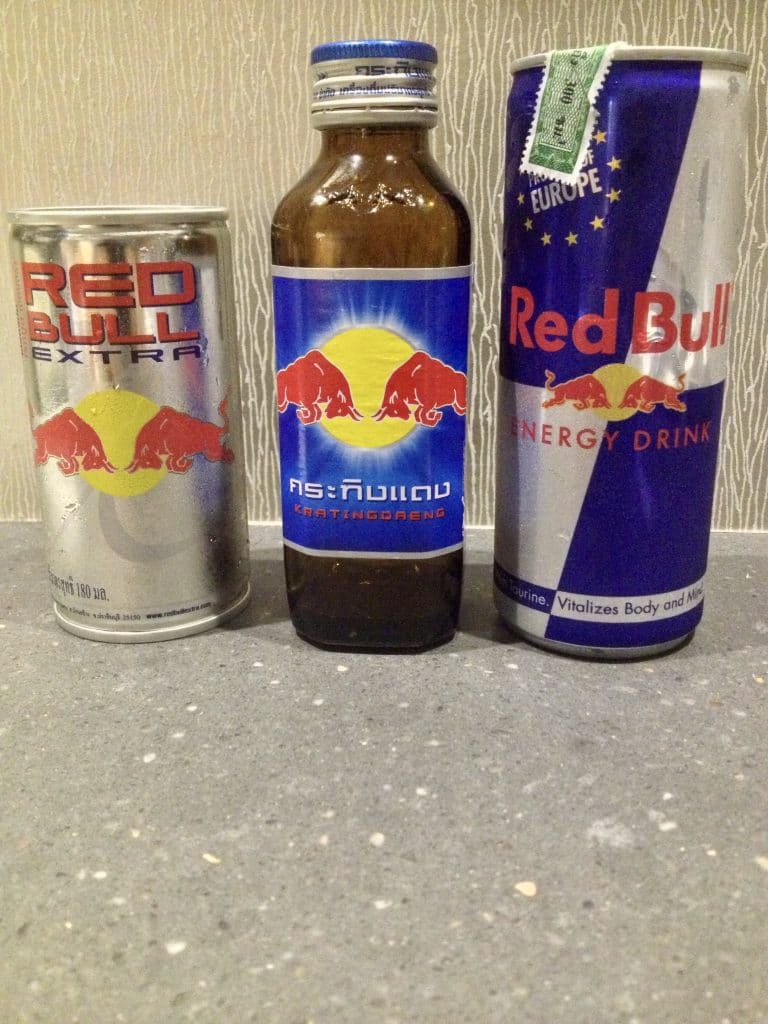 Despite the fact that it is currently owned by an Austrian businessman, Red Bull is based on the Thai drink Krating Daeng, which was first released in the 1970s. Except for the Thai language, the Krating Daeng logo is very identical to the modern Red Bull design. In 1987, Dietrich Mateschitz launched Red Bull and changed the taste of Krating Daeng to make it more appealing to westerners. The Yoovidhya Family, descendants of Chaleo Yoovidhya, who invented Krating Daeng, now owns 51 percent of Red Bull GmbH. 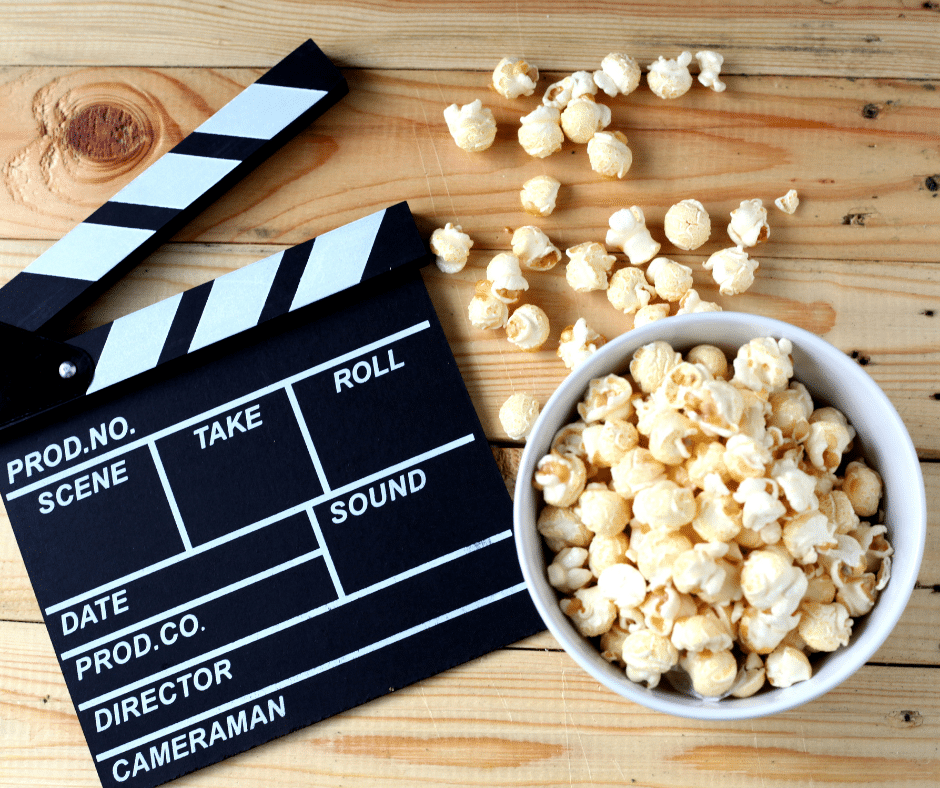 Thailand has appeared in a number of big Hollywood films. The following are just a few of the notable films shot in Thailand:

Thailand is home to more than 1,400 islands 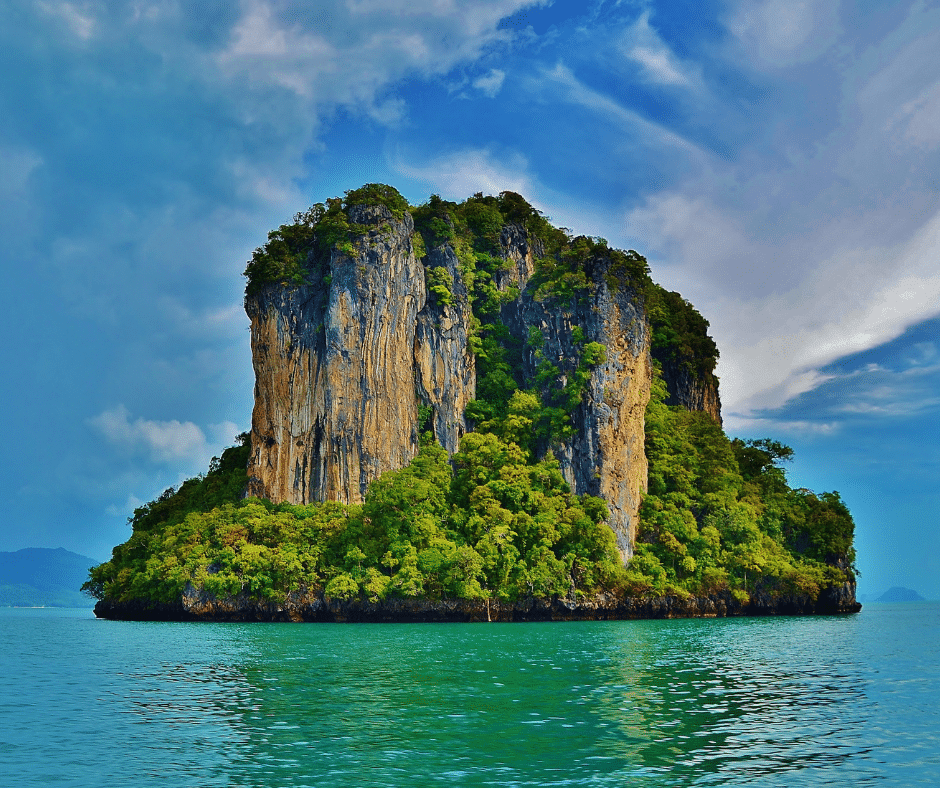 Given that the vast bulk of Thailand’s population and land area is located on the Asian continental mainland, the country possesses a massive number of islands. The majority of the islands are in the Gulf of Thailand and the Andaman Sea, in the country’s south. SCUBA diving is great due to the large number of islands and the fact that it is located in tropical latitudes.