Our pespective on Muay Thai

If you are interested in knowing more about the ancient and noble art of Muay Thai. Check our article out!

When we talk about Muay Thai or traditional Thai fight the fits international actor that comes into our mind could be Tony Jaa, he has done for Muay Thai what Bruce Lee has done for Kung Fu. However only lately international cinema has discovered this antique noble art which has special effects able to beautify this artful sport which portrays the gentleness and the violence typical of Thais as stated by Montri Umavijani a national poet. 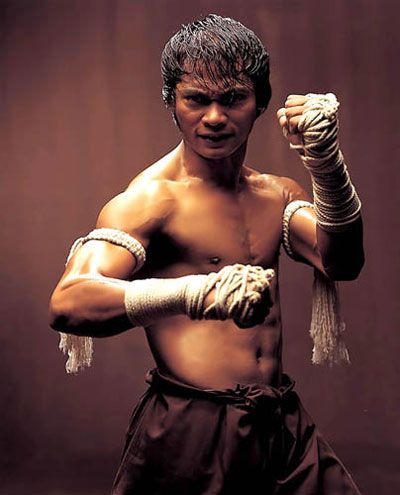 What are the weapons used by “Nak Muay” (Thai boxers) during a Muay Thai match?

There are five main weapons every fighter need to master before becoming a professional in this sport which are fist, elbow, knee, kick and foot. No weapons can really dominate as most fighters will learn how to master only certain parts of the body keeping weaknesses and which gives to the sport high strategical skills. As most students of Muay Thai recite: kick loses to punch, knee loses to elbow and punch loses to knee. Overall, in a Thai match, fighters are able to show their tricks and their skills however strategy prevails over showmanship. 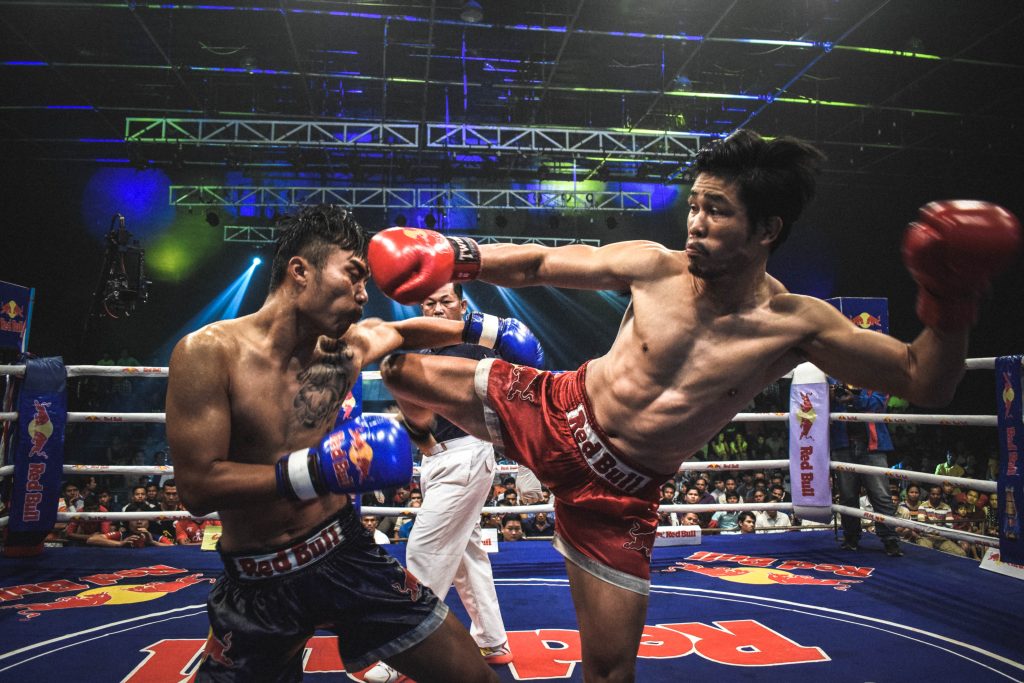 What to expect in a Muay Thai Match?

Before entering the ring fighters will ask protection at his corner for three times. Inside the ring he will offer flowers and will Wai. He will recite incantations to seal out any bad auspicious. Before each match they will perform the Wai Kruu Ram Ruay a dance in homage to past and present teachers. Kneeling and prostration comes from the old times when fighters were displaying their martial skills in front of the royalty. All around there are cymbals and drums enhancing the moment. As in all Thai arts tradition and obedience allows the passing down of knowledge from master to pupils, therefore showing respects to their masters it’s a fundamental part of the match. Many fighters coming from poor backgrounds start their career in servitude to a teacher and this can take on new students only after the initiation ceremony called Khrob Kruu. At the end of the ceremony a sacred Monghkon, a ropelike loop with both ends protruding behind, is given which will be kept as a lifelong talisaman and worn in every match. The Mongkhon  is worn before accessing to the ring and during the Ram Muay dance and then it is removed. 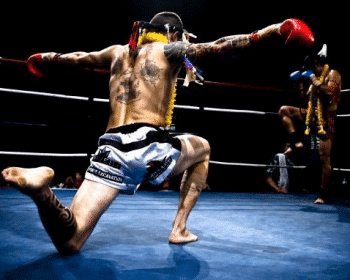 When did modern Muay Thai was started?

Modern Muay Thai was started in the 20s’ of the last century, originally King Rama V had honored regional fighters bringing to popularity a largely military activity. In 1920 a code was adopted in order to make it a proper sport. The ropelike wraps around the fists could be hardened with pain inducing knots and legend says glass shards. 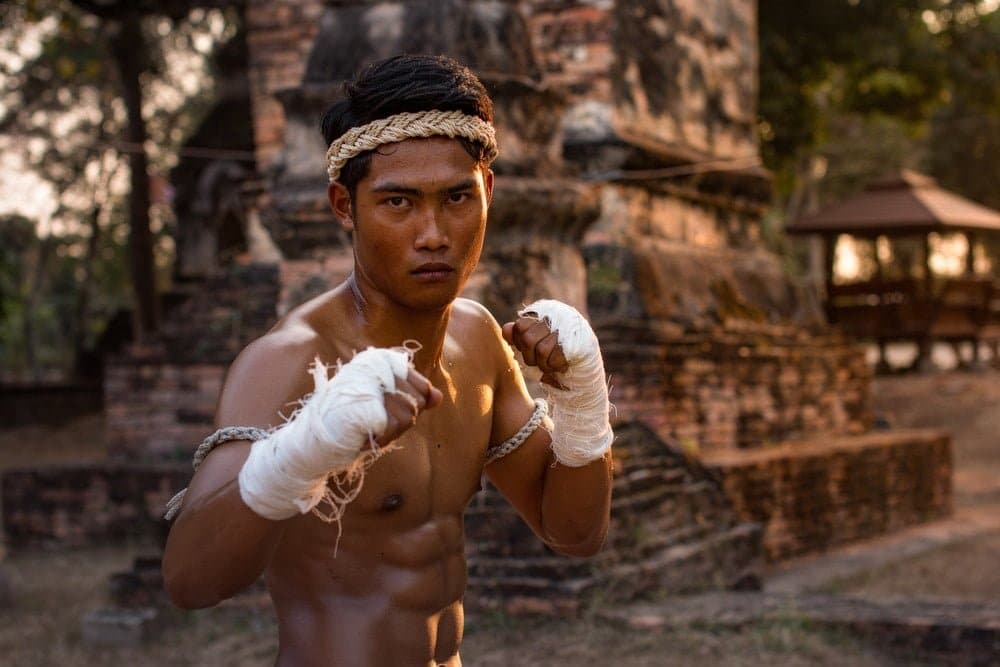 Where to observe a Muay Thai event in Bangkok?

One of the two most important arenas of the sport, and the first Muay Thai stadium built in Thailand is a historic landmark. Rajadamnern Stadium is a top choice to watch Bangkok’s best Muay Thai fights. Not only is it more accessible than the popular stadium of Lumpinee, but it also hosts elite fights on par with Lumpinee standards. 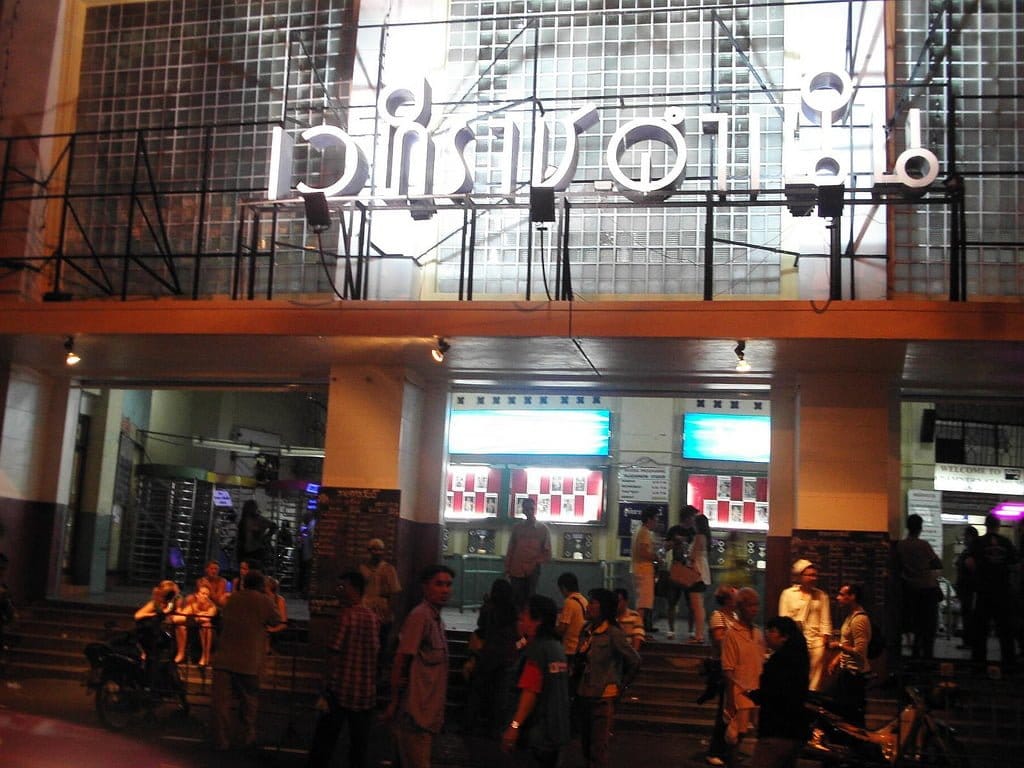 Lumpinee used to be a top spot all over Thailand to catch the best Muay Thai fights. It houses the sport’s very best warriors. This was a famous venue where they made countless stars. The government decided to move the stadium to its current location along Ram Inthra Road, close to Don Muang airport, a few years ago. The venue is far from downtown, the ride could be interrupted by the infamous evening rush hour traffic as the fights start generally at 6,30 pm (weekdays).

The Channel 7 stadium is another option, the matinees are filled with a decent section of visitors in the midst of a majority Thai audience every Sunday. It is a very good place to catch some authentic Muay Thai action!

Although the atmosphere is vibrant due to the fans and gamblers, the stadium can be very crowded. The benches are hard and to some degree affects the overall enjoyment.

Part of Muay Thai appeal especially for foreigners is the enthusiastic gambling atmosphere. A lot of hand gesturing take place during fights, somewhat close to hand signalling in the financial trading. These are the gamblers and bookmakers who signal the odds for each fight. Muay Thai in Bangkok is one of a few places where gambling is allowed, and one of the working class’s few easy pleasures. Really noisy, but also really fun to watch if you would like to experience a real Thai fight atmosphere without having the hassle to prepare it send us an email we’ll be happy to book tickets to you and take you there!