As we are approaching Thailand rainy season, if you are probably dreaming a trip in Thailand in June or July there will probably be one tiny niggle on your mind: the Thailand monsoon season is already started.
Fear not! Most tourists who visit Thailand during the rainy season have a wonderful time, regardless of weather. And many of them don’t even get that wet! However if the question you may be asking yourself is what would I do if I encounter one of those days with threatening dark clouds and heavy downpours while I am in Bangkok? 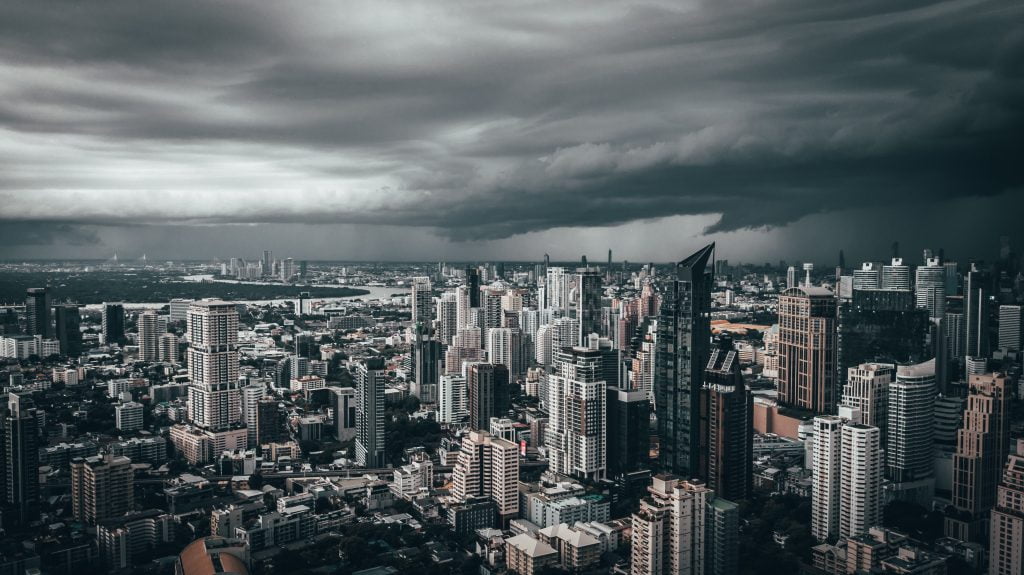 Compared to much of the West with its four-stable winter, spring, summer and fall seasons, Thailand only has three main seasons: dry, cool and rainy. The rainy season is triggered by the southwest monsoon that originates in India before spreading from the Indian Ocean to Thailand.
The season’s timing varies somewhat depending on which part of the country you are – Rainy season in the north is not the same as in Phuket – but usually the rains start around June and spread out till October. Some areas are way rainier than others. For example, Ranong, in southwestern Thailand, is the country’s wettest province with a rainy season extending from April to November. However, Hua Hin’s seaside resort town on Thailand’s Gulf really only has two strikingly rainy months-September and October. What about Bangkok? 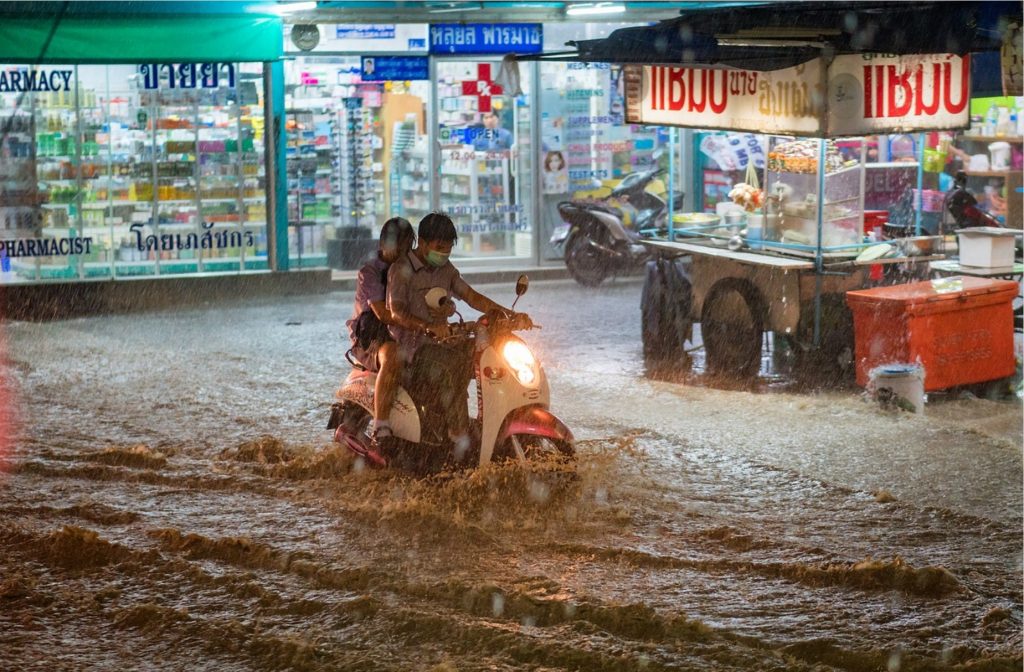 Thailand’s capital usually sees the rainy season beginning in late June or July, peaking in September and phasing out in October. The weather gets a bit unpredictable with a few one-off storms and sometimes some noticeable overnight rainfall, before ramping up to daily torrential rain. Nevertheless, it won’t exactly rain every day, also, only rarely it rains all day, and as long as it doesn’t flood too badly, the city is still entirely navigable. During the monsoon Bangkok still functions as usual, but you as you can guess traffic gets very bad!

What to do in Bangkok during Thailand rainy season?

The city is home to majority of museums who will impress you with their wide variety of artifacts, knowledge and fascinating findings. Among the most important there is Bangkok National Museum. The objects found inside the vast grounds of the museum, built by King Rama V in 1887, date back thousands of years ago. Another fascinating though a bit more unusual museum is the Siriraj Medical Museum, otherwise referred to as the ‘Museum of Death.’ The exhibits are clearly more grotesque than tourists can find anywhere in the world. Also worthy of notice are Siam Museum, Royal Barges National Museum, and Jim Thompson House Museum.

You may also consider visiting an art gallery. Bangkok has become the home to many creative venues, the city hosts everything from modern art to photo realism and more. Visitors will spend hours exploring the Bangkok Art and Culture Centre with its circular shapes. The gallery is home to several exhibits as well as chic coffee shops, bookstores and studio venues if you want to create your own masterpiece. The city’s other prominent galleries include 100 Tonson Gallery, Speedy Grandma.

Getting pampered in a Thai spa is also another noteworthy way to spend your time when the rain is falling outside. Bangkok has an extensive range of massages and spa for any budget. Those that are looking for something a little more high-end might opt to visit Spa Botanica at the Sukothai Hotel which is an hidden oasis situated in the hotel’s lush garden, boasting natural light and warm earth tones of light stone and teak wood. City-goers can also explore the many sois (streets) and they will certainly stumble upon many cheap massage parlors that won’t break the bank with their various treatments available, from Thai massages to oil massages and even milk massages. Another notable massage studio for people who do not want to break the bank while at the same time having a proper massage in the city our favorite pick is Ruen-Nuad Massage Studio.

Watching a traditional Thai puppet show at the artists house is another option. Located in Thonburi’s old capital, is home to a traditional puppet show every day (except on Wednesday), at 2 pm. The series is extremely entertaining but foreign visitors may not know what the puppets are saying (unless they speak Thai). Regardless, seeing traditional Thai puppetry is a rare treat, because it’s a dying form of art in the region. When the show is done, tourists can enjoy lunch on the canal or meander the gift shop packed with Thai souvenirs that are cheap and exclusive.

Lastly Bangkok is packed with everything with any form of shopping; from spacious, high-end shopping malls to all kinds of indoor bazaars. All those looking for fancy brands during Thailand rainy season can go to places like Siam Paragon, Central World and Emporium. Travelers on budget may opt for places such as MBK instead. Alternatively, anyone who is looking for electronic gadgets may opt to visit Pantip Plaza, where you can find thousands of electronic products and accessories at affordable prices.

If you have any additional inquires or would like to visit more unusual places while in Bangkok send us an email! We’ll do our best to answer your requests.