The Best Traditional Thai Arts to See in Bangkok

Khon is a traditional Thai masked dance theatre with beautifully constructed costumes and masks, based on the classic Hindu Ramayana epics.

This traditional Thai dance is based on the Thai Ramakien, which was adapted from the Hindu Ramayana epics and had a significant impact on Thailand’s and other Southeast Asian countries’ cultural development. 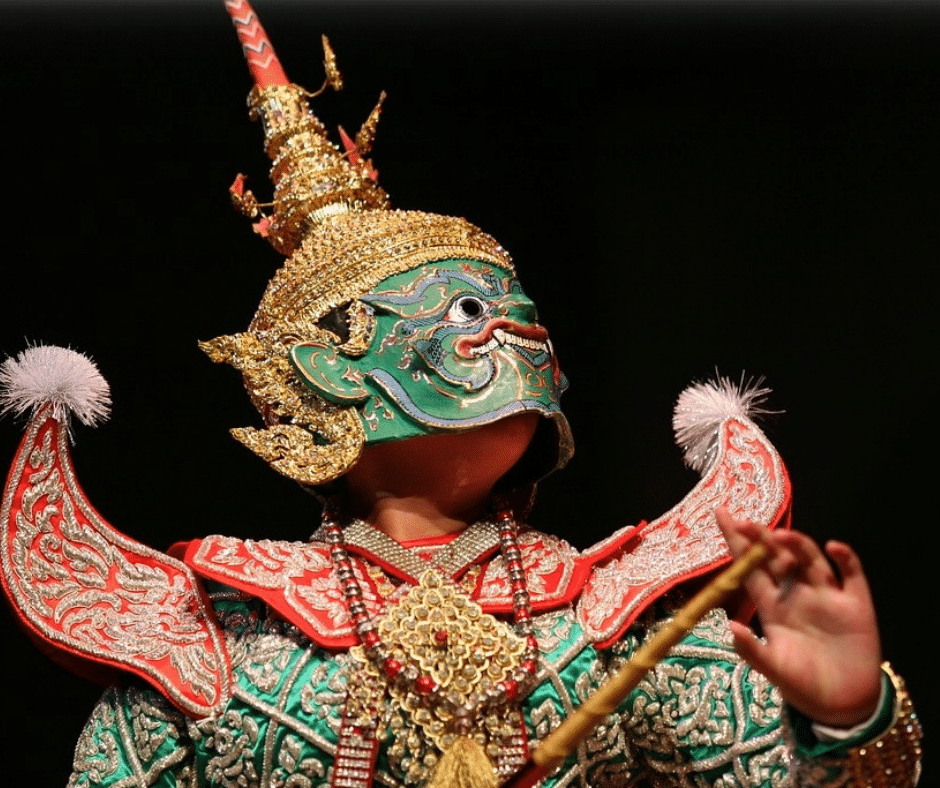 The dancers’ graceful expressions with their hands, fingers, feet, and bodies depict the scene’s emotions.

Dancers execute the show on a stage with stunning backdrop and chariots, dressed in silk costumes and masks with beautiful details.

The shows are conducted at the Sala Chalermkrung Royal Theatre, here the Khon masked dance, which was once exclusively watched by the Royal Court, is now open to the public.  Sala Chalermkrung was the first cinema in Bangkok, located in the ancient part of town not far from the Grand Palace, opened in 1933. 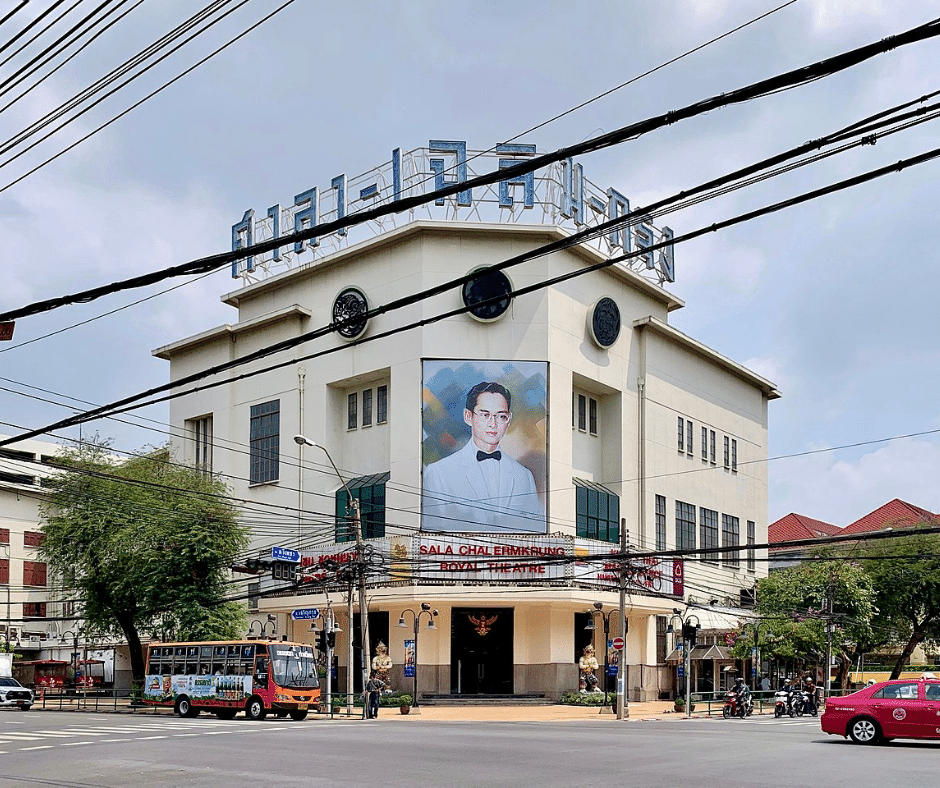 Siam Niramit is a state-of-the-art 2000-seat theatre in the heart of Bangkok, is open every day and hosts one of the world’s largest shows. Three restaurants are located on the grounds of the theatre, as well as an authentic traditional Thai hamlet where tourists can stroll around and experience the ambience of Thai life in the past.

Siam Niramit cultural show is a great way to spend an evening with the entire family. The 75-minute performance depicts the history, traditions, and beliefs of Siam, as Thailand was known centuries ago, through dance, music, martial arts, and breathtaking stage scenery. There is plenty to do and see outside before the show begins. Enjoy the open-air shows by taking a tour around the spacious grounds. 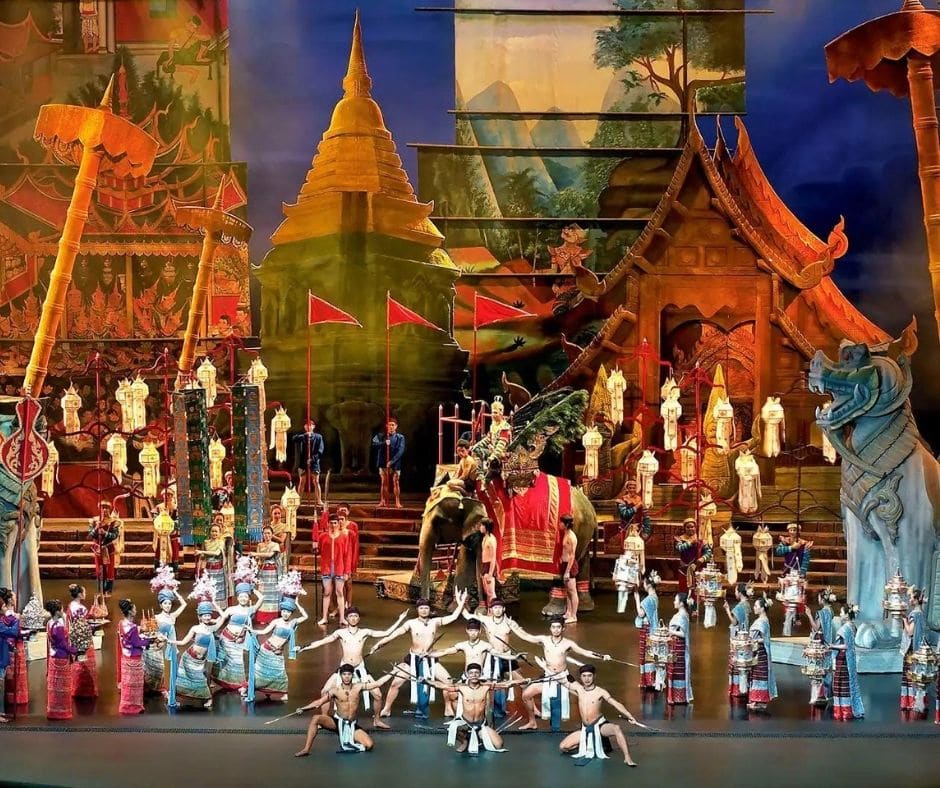 The Elephant War Parade depicts how wars were fought in the earlier days while spectators watch the elephant war parade. A procession of elephants and soldiers dressed in Siamese army costumes can be observed. Wooden houses from Thailand’s four regions can be seen in the traditional Thai hamlet.

The show is a spectacular production with stunning stage scenery, a large cast dressed in costly costumes, and visual effects such as fire, lightning, and smoke. With each scene, the stage designs with bright backdrops change swiftly.

The tranquil peaceful Baan Silapin – also known as the Artist’s House – is located on the Thonburi side of Bangkok, across the Chao Phraya river. The neighbourhood is a step back in time, a spot where you may sit and read a book or simply relax in this artistic environment. The red man statue is one of Baan Silapin’s most recognisable icons. That’s an unquestionable distinctive and identifiable work of art.

On weekends, a number of small boutique shops have appeared, most likely in an attempt to capitalise on the visits to Artist’s House. You can buy a bag of fish food and sit with your legs dangling down the edge, feeding Bangkok’s catfishes, in addition to touring the entire area. Baan Silapin (Bangkok Artist’s House) is a more than 200-year-old building, it’s a well-preserved wooden family home that floats above one of Bangkok’s main canals (klongs).

If you take a Bangkok klong tour by longtail boat from the Chao Phraya river, you’ll almost certainly travel by this neighbourhood, though drivers rarely stop, so, if you go to Baan Silapin, you’ll notice a lot of longtail boats passing by, but not many people. 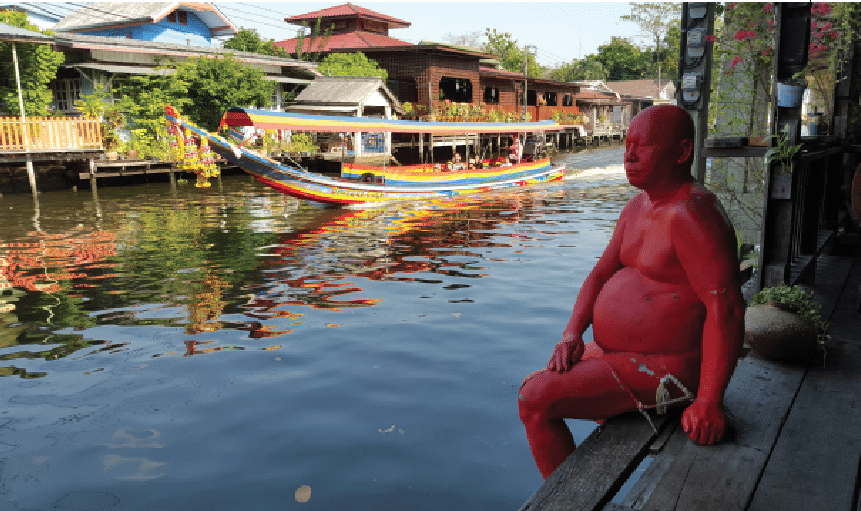 The traditional Thai puppet performance is a highlight of visiting Baan Silapin (Bangkok Artist’s House). Every day except Wednesday, the show starts at roughly 2 p.m. (also, the artists are periodically rented out for private occasions, (so contact ahead to check whether there will be a show).

The 15-minute presentation featured a variety of Ramakien related scenes. The authenticity and mastery of the craft is astonishing. Although the concert is free, they do accept tips and donations.

There are many things to do in Bangkok, but if you’re searching for an off-the-beaten-path attraction with a strong emphasis on Thai culture and history, go to Baan Silapin (Bangkok Artist’s House)!