What you need to know about the Tuk Tuk in Thailand

Thailand’s national emblem, the tuk tuk is at the heart of the authentic Thai lifestyle for most visitors and Thais alike. If you want to know more about this legendary vehicle check this article out!

The Tuk tuk is among the first things people consider when they think of Thailand.  It has grown into a national symbol and remains an incomparably invaluable mode of transport for users to get through the bustling streets of Thailand.

The Tuktuk’s history could be traced straight back to the 1930s when the Ministry of Posts and Telecommunications of Japan donated and transported 20,000 second-hand autorickshaws to several nations in South East Asia, among which also Thailand.

All these vehicles became hugely popular, therefore after Japanese manufacturers stopped producing these in the late 1960s, tuk-tuk drivers worldwide were facing huge issues as they had no way of sourcing spare components. 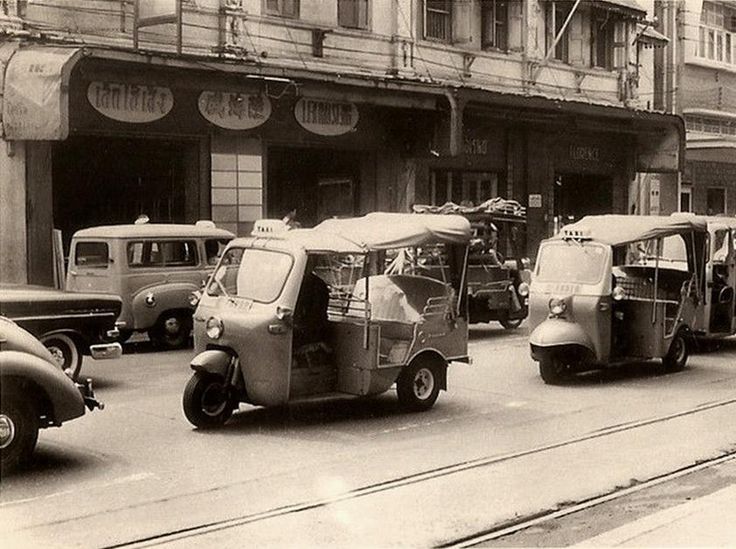 Eventually a local Thai Tuk tuk driver named Jumrush Vhooonsri decided to open a factory in his garage, this pushed him to produce radical modifications to the Japanese Tuk tuk version.  Vhooonsri altered the structure by adding a roof, a seating area and substituted the engine from a rickshaw into a polished engine.

These revolutionary changes marked the creation of the Thai tuk-tuk which essentially sparked the launch of a long-standing and most identifiable symbols of Thailand. The general assumption is that tuk-tuks are only employed by tourists that visit Thailand looking for an authentic Thai mean of transportation.  You’ll often see them lined up in the front of the entrances of popular attractions, such as Khao San Road and the Grand Palace.

Bangkok, however has generated a much more modern transportation system throughout the years.  These public transportations mainly cater to office commuters, retail complex revelers, and university students.  However, if you remove Bangkok’s fresh makeup, you will find that there is still a massive chunk of the population that still resorts to using tuk-tuks.

You may state that Tuk Tuks are the true representation of Thailand’s past.  They cater to an old- fashioned methods of living, allowing, for example, transportation of people who still rely on conventional markets rather than supermarkets.  To a certain point, tuk-tuks are what keep certain Thai customs alive, such as the street-food businesses and can be easily found around markets such as Pak Klong Flower Market. 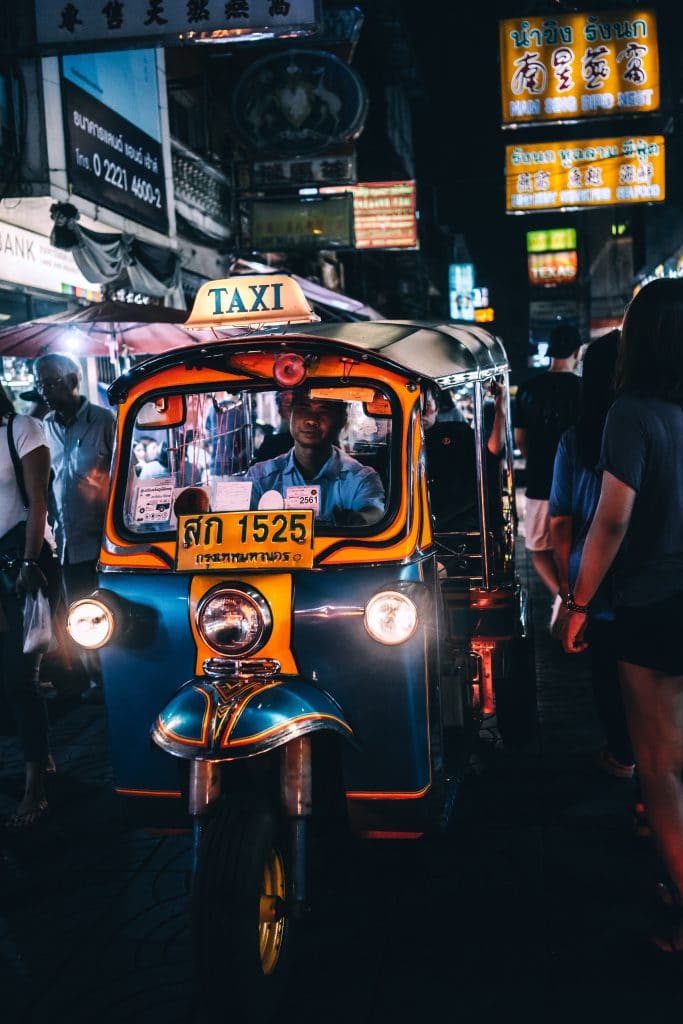 Tuk Tuks or samlor (3-wheeled rickshaw) used to be everybody’s favorite method of getting around Bangkok before the BTS, MRT and colorful taxis took over.

Regardless of what conservative rickshaws used to be like, somebody had the idea of saving themselves all the leg work by fitting a two-stroke engine, creating a motorized rickshaw.  The name’s tuk tuk originated in the spluttering sound of the early engines.  Tuk Tuks are becoming just one of Bangkok’s most identifiable transportation features and are still popular among tourists Bangkok visitors. For many tourists riding a tuk-tuk is more of an adventure rather than a reasonable means to go around.  So, whether or not it’s your very first time in The Big Mango, there isn’t any harm in giving it a go.

How do locals use Tuk tuks? 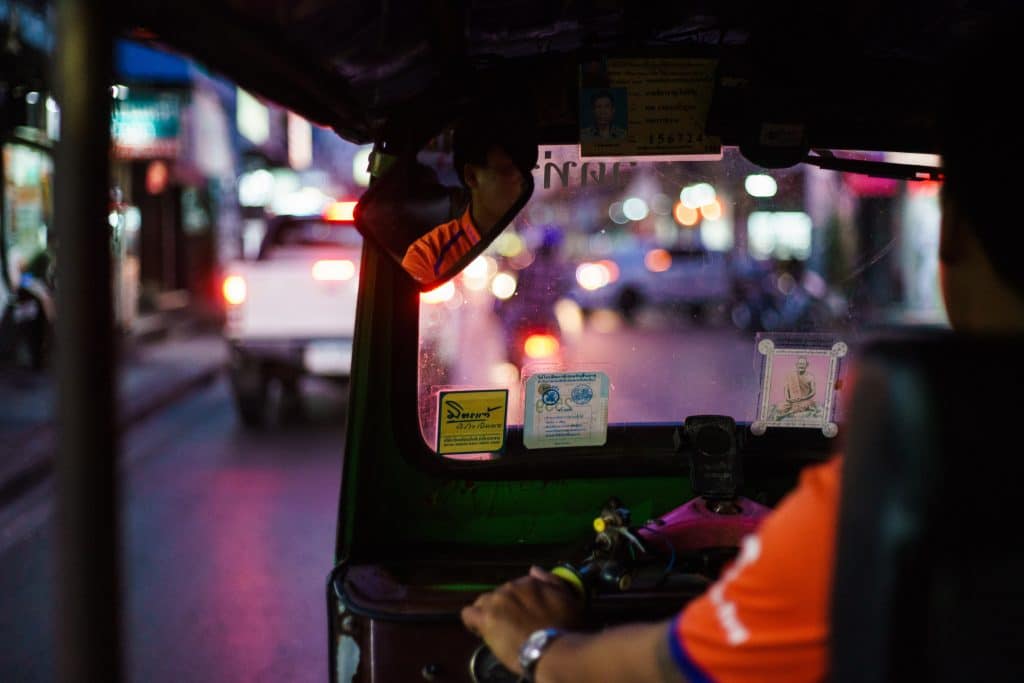 Some people may assume that Tuk-tuks are only for tourists since there are gangs of tuk-tuks parked before the entrances of tourist-geared attractions such as Khao San Road and the Grand Palace.  They are indeed famous among tourists, notably the first-time travellers looking to get an exceptional experience of getting around the city!

Many locals use Tuk tuks in their daily lives. Take a closer look, and you’re going to see regular Bangkok tuk tuks used to transfer goods, like enormous heaps of fresh market products.  In different fields of Bangkok, customers nevertheless voluntarily jump into tuk-tuks, where other ways of public transport are few and far between.

Recommendations if you are going to take a tuk-tuk

Tuk Tuk drivers are knowledgeable, and sometimes they may attempt to get extra baths out of you, however that is not the norm but it is definitely better to know a few tips

Avoid rush hours: being in the middle of a vast traffic jam sitting in a tuk-tuk inhaling car smoke isn’t overly pleasant.

Avoid tourist spots: the costs of the journeys they will attempt to negotiate will be probably much higher than in other locations. Always remember to negotiate the price beforehand.

Refrain from overly cheap or even free rides: Drivers may bring you to shops, massages place, or activities from which they get commissions and where you will probably find very insistent sales. You’ll Find Tuk-tuks with average prices in neighbourhood’s markets or non-touristic places. 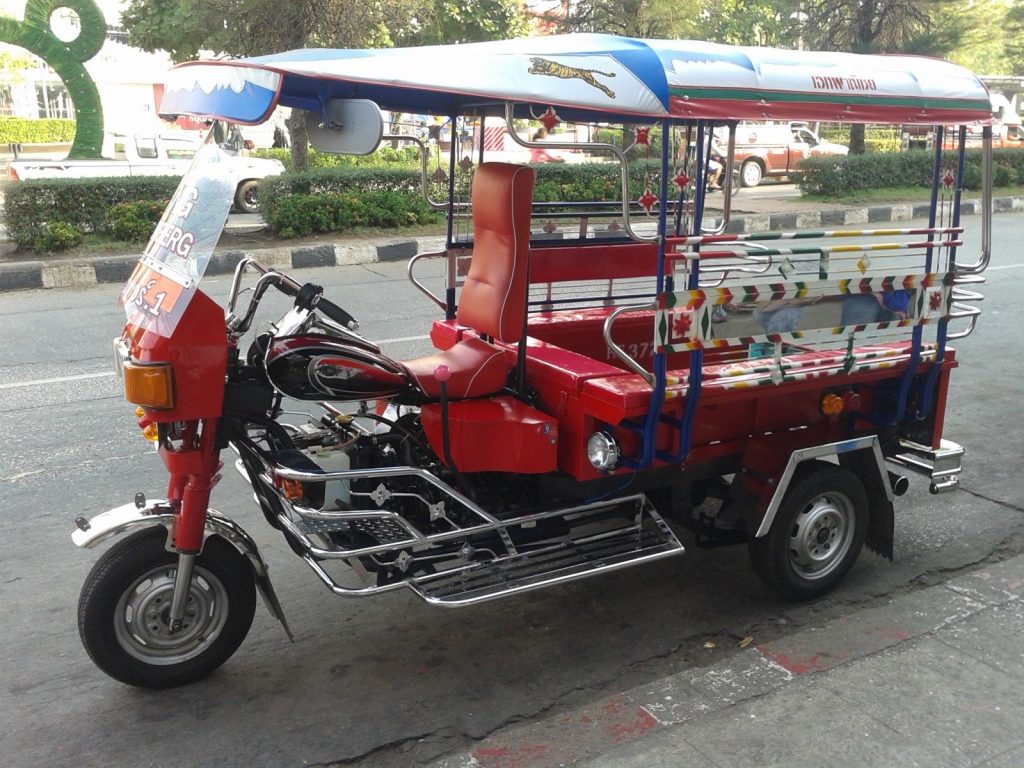 How much a Tuk Tuk Ride cost?

A Tuk Tuk ride is precisely is usually more costly than a taxi ride over the same distance. There’re several reasons for that. Firstly, taxis fee is figured by a meter set to same standards to every taxis.  Some might say that the meter fare is too low, making it hard for drivers to get a good living, meanwhile, tuk-tuks don’t have a meter.

The absence of a meter gives drivers the chance to try to charge more unsavvy customers. That is generally part of the adventure for tourists.  However, this is not usually the case for locals who uses them mainly when there are only a few taxis available.

Tuk Tuk drivers may demand high prices, especially to tourists who have no ideas how much they should pay. This implies that there is an opportunity to haggle a bit. Usually tuk-tuks will start charging at about 50THB for a short ride. 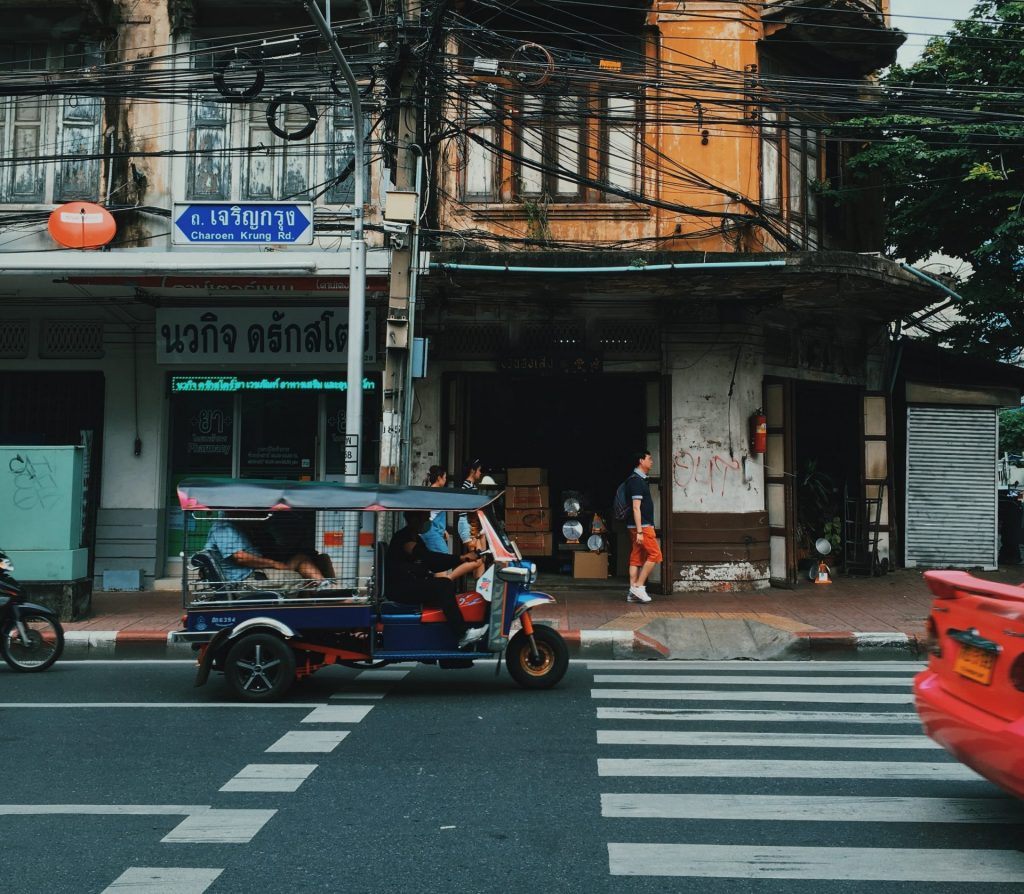