Unique Thai Temples in Bangkok and Its Surroundings

Temples are a common sight in Thailand, but these odd and eccentric Wats (temples) will provide you with an out-of-the-ordinary experience.

Temples are a common sight in Thailand, but these odd and eccentric Wats (temples) will provide you with an out-of-the-ordinary experience.

Located 25 miles west of Bangkok, Nakhon Pathom is home to one of central Thailand’s more peculiar man-made attractions. The gigantic dragon that encases the pink tower, which was legally registered as a temple in the 1980s, adds a fantastic addition to the environment. Although dragons can be found in some Chinese-style temples in Thailand, nagas are the serpent-like divinities that are more typically displyed in Thai temple design (especially on stairwells). 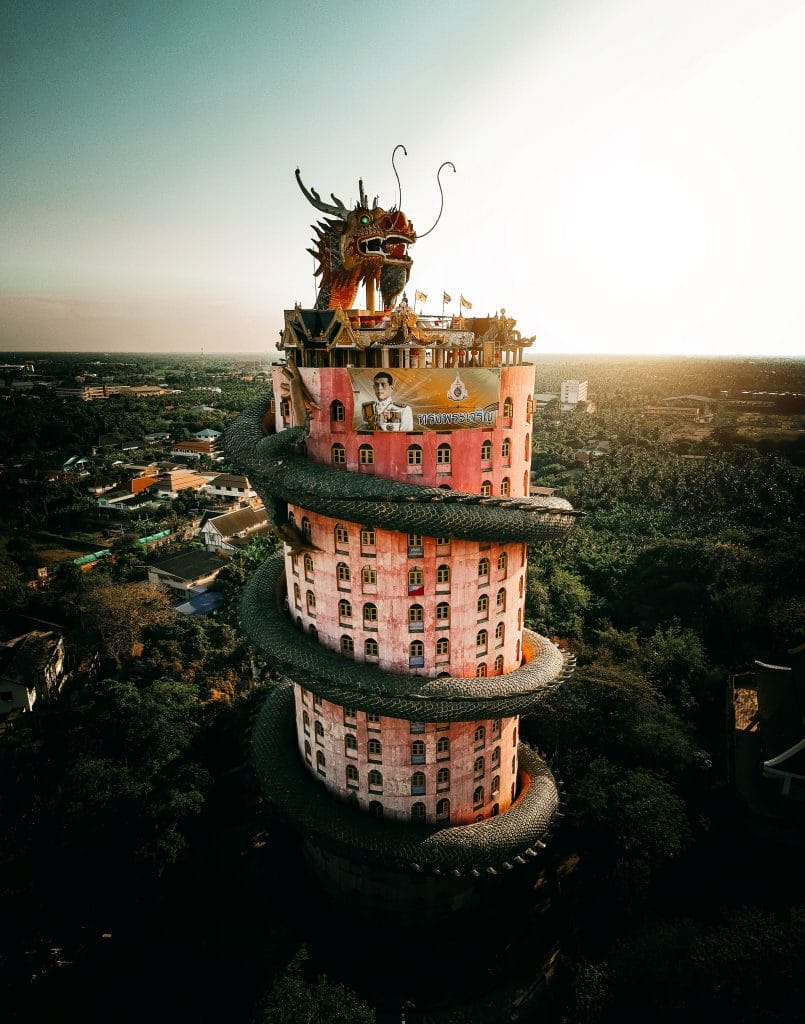 The temple is still open, however the spiral staircase inside the tower isn’t well maintained and isn’t usually open to the public.

This is a temple surrounded by the sea in Samut Prakan province. The temple serves as a stark reminder of the effects of coastal erosion and increasing sea levels. The rest of the hamlet was forced to migrate inland, and the inhabitants built concrete walkways to the wat. At low tide, the temple can be reached over the silt, but at high tide, it is cut off by the sea. Although a portion of the ordination hall is flooded as well, the majority of the interior has been raised to prevent it from sinking further into the Gulf of Thailand.

The David Beckham temple with Pikachu and even Luffy from One Piece. The Temple in Bangkok is famed for having, you guessed it, David Beckham’s head on display. The Abbot of the temple is a passionate Manchester United supporter, David Beckham’s old soccer team. 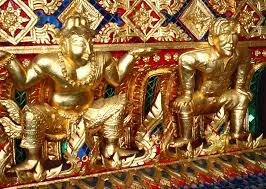 The head of Beckham can be found at the bottom of the temple shrine, alongside other well-known characters such as Popeye (the sailorman), Pikachu, Luffy from One Piece, and others. 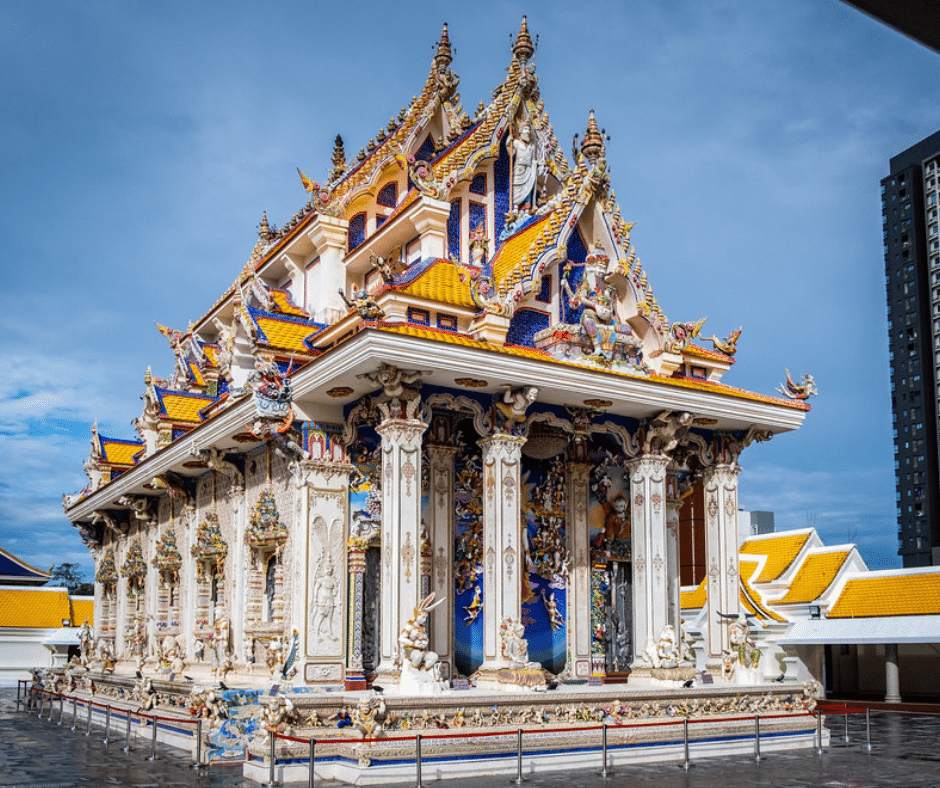 Wat Yannawa is a boat-shaped temple that visitors can stroll through. The Chao Phraya River runs alongside the temple and it is especially packed during the Loy Krathong Festival, with persons floating their way to the wat. 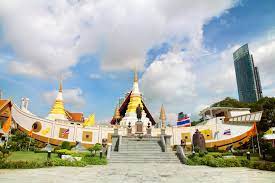 The journey to the boat temple opens up a plethora of different river excursions. The temple’s major attraction is a viharn (housing Buddha statues) in the shape of a Chinese boat.

Wat Yannawa was created because King Rama III wanted the people to remember the past ships that brought prosperity to the Kingdom.

The only wat in Thailand constructed to resemble a Western church is Wat Niwet Thammaprawat. The temple’s design represents King Rama V’s fondness for European architecture, and it can be found in Ayutthaya, not far from the Bang Pa-In Palace. To add to the wat’s uniqueness, the temple’s monks operate an old-fashioned cable car that transports tourists across the Chao Phraya River. 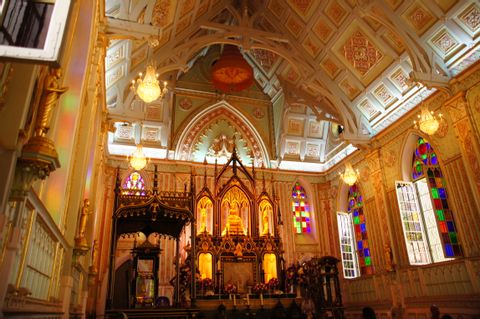 Wat Muang is home to Thailand’s largest Buddha statue, depicting a golden Buddha figure in the middle of a wide green rice field. The Vessantara Jakata, where monkey armies battle giants in the Ramayana, and the famous elephant duel between Thailand’s King Naresuan the Great and the Burmese Viceroy are depicted in large outdoor wall paintings and sculptures. Visitors can also make merit by feeding the fish or shop for popular Ang Thong handicrafts and souvenirs at the tranquil fish sanctuary. 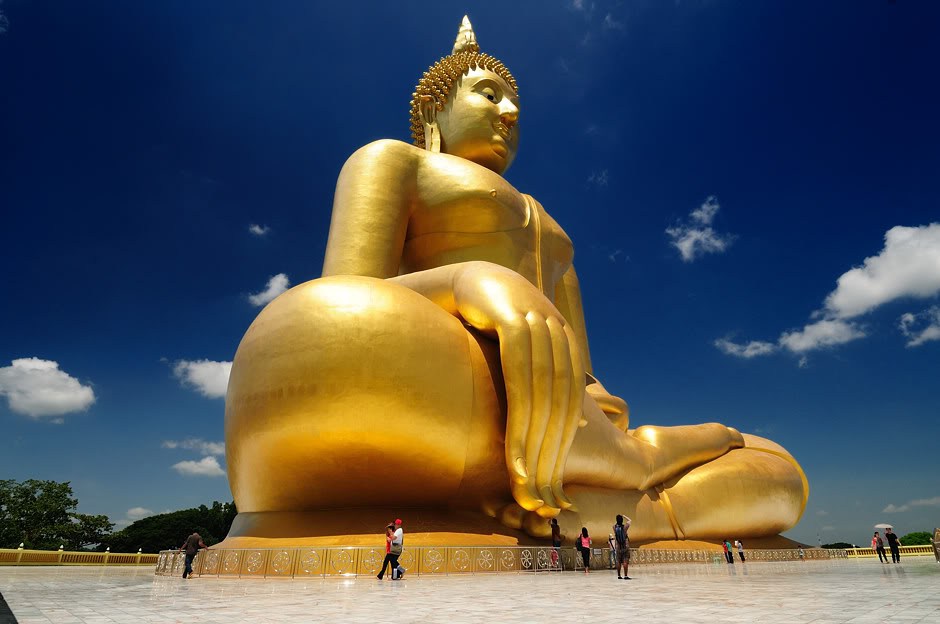 The name of this temple translates to Temple of the Royal Niece, as it was established for King Nangklao (Rama III’s granddaughter)’s in 1846. The Loha Prasat, is perhaps its most notable feature. The 37 virtues on the way to enlightenment are represented by the 37 tall metal spires of this monastery. The design of Wat Ratchanatdaram, on the other hand, it’s its signature. The temple is a designer’s dream, as it is one of only two temples that follow the Indian and Sri Lankan pyramid design pattern. 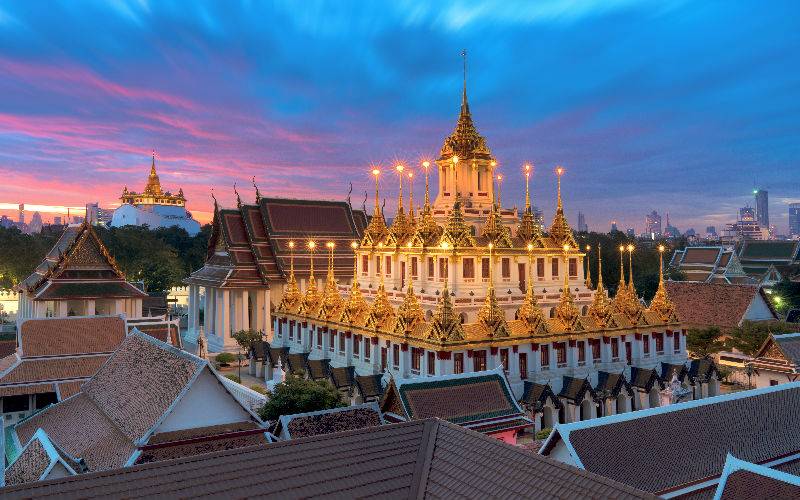