Unusual things to do in Bangkok

OK, so the big mango is known for many unusual things to do in Bangkok and even with a population of 8.2 million, you are guaranteed to miss out on a thing or two.

If you want to really see Bangkok, you need to see it as a local, there is so much more to the capital than shopping malls, temples and Khao San Rd.

Unusual things to do in Bangkok – Visit an Airplane graveyard 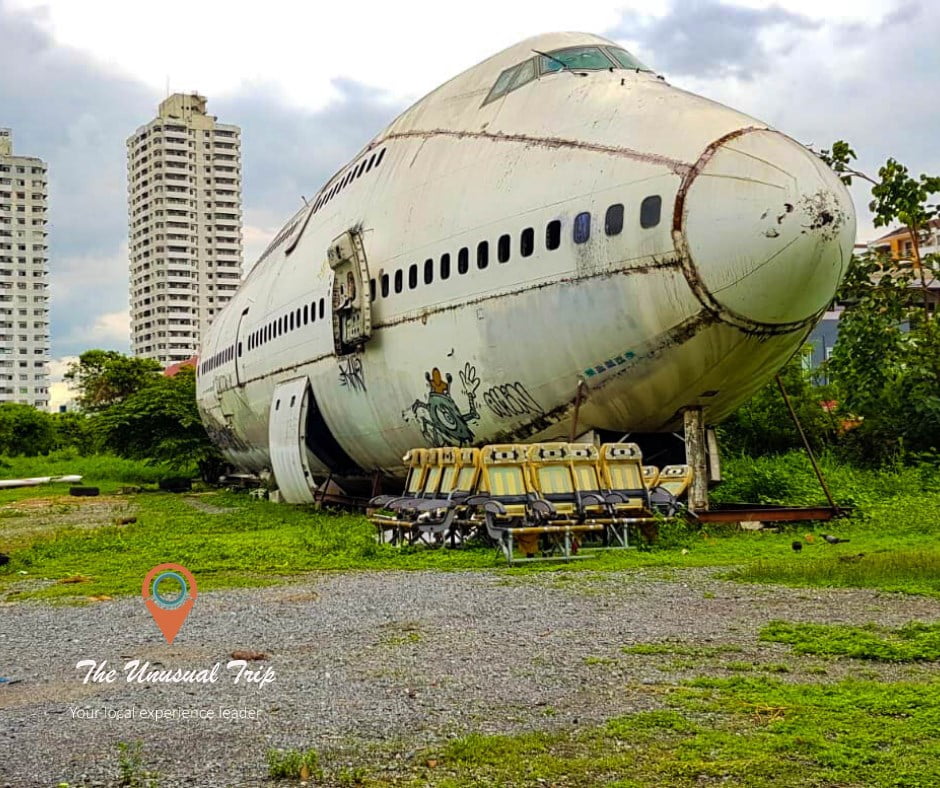 There is a place where you can visit a load of abandoned planes which is also home to a refugee family. You can show up and take a gander inside the planes as well as outside. There is an entry fee of around 250-300 THB depending on your haggling abilities.

The airplane graveyard is based in Bangkok’s outer suburb of Ramkhamhaeng and the best way to get there is by taking the airport link to Hua Mak station and then taking a motorbike taxi to the rest of the way. You could alternatively take a cab but it’s lots more fun going by motorbike as well as cheaper too. The motorbike taxi guys will also be familiar with the location of the airplane graveyard. Watch our video when we explored the inside of one of the planes. 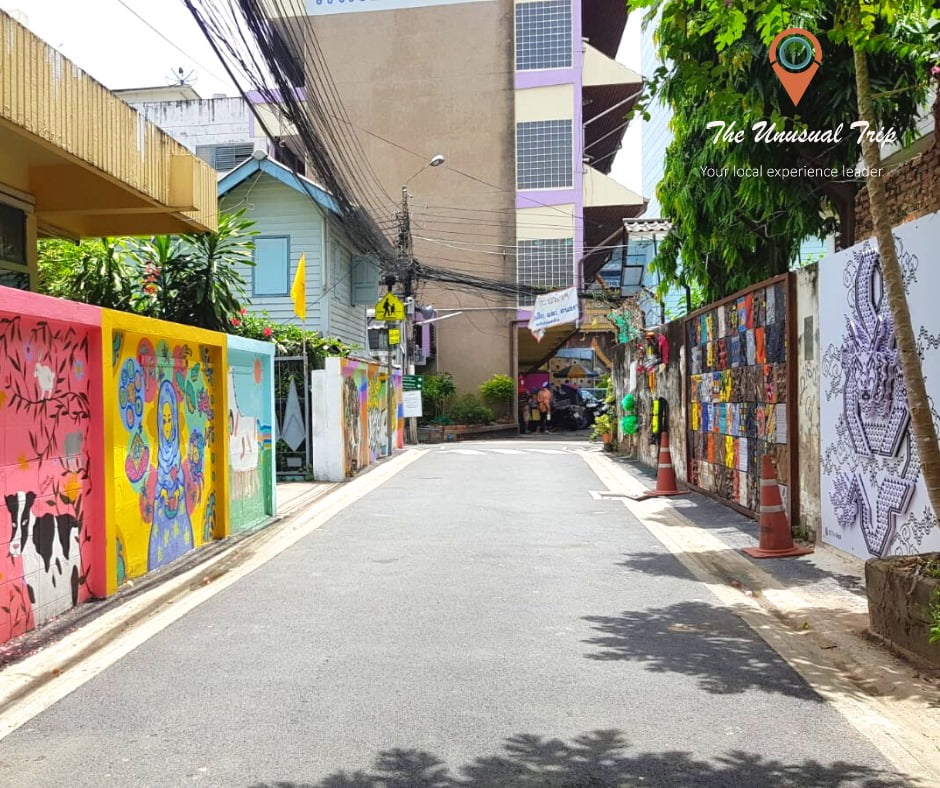 Bangkok may not seem like a place packed with art, but in unexpected places you can find street arts graffiti and other creations. Located between the Chao Praya River and Charoen Krung Street, the little alleyways are a series of street art and wall murals. A few years ago, an array of foreign artists created these stunning artworks.

You may start at Saphan Taksin Pier and take the Chao Praya River route towards  Pak Khlong Flower Market Bangkok. The walk takes at least two hours to complete. When you go in the summer try to leave early because the day is going to be really hot! 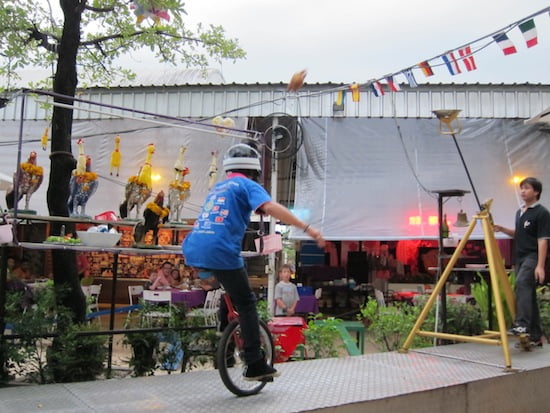 This certainly isn’t your usual restaurant. Why wait for your food to be cooked behind closed doors and normally be served at your table, when dancers can throw it around as it gets scorched to perfection?

Seriously. First you order, then an acrobat will set your chicken on fire and throw it onto a spike over a customers’ head, or on a spikes hat while the waiter is on a unicycle. 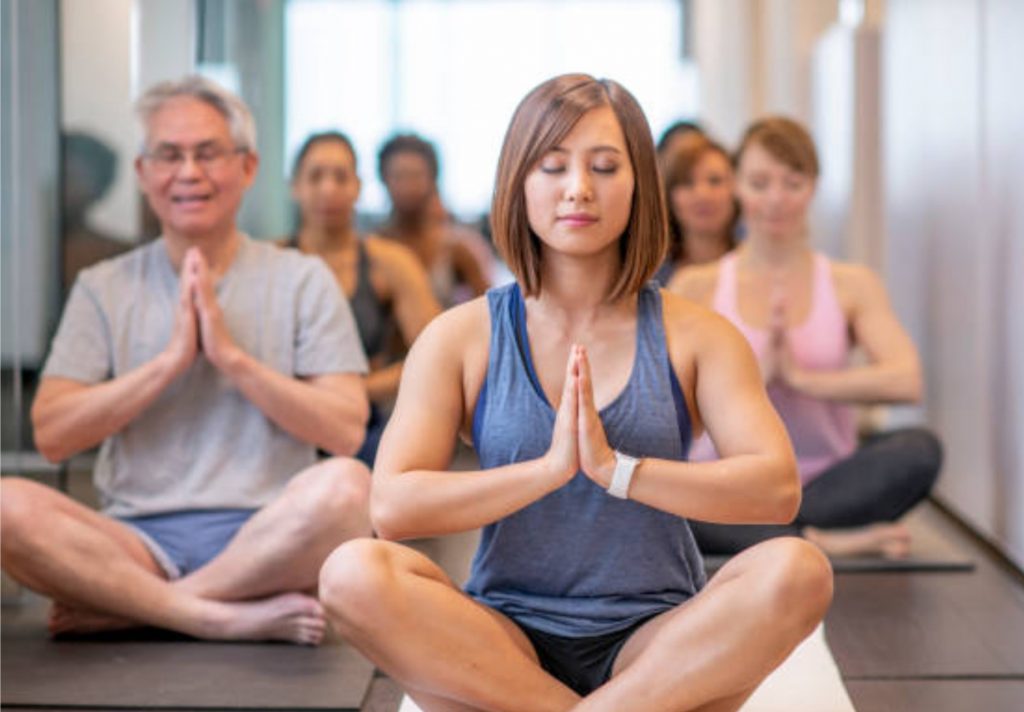 The benefits of combining meditation with mindfulness are becoming more well-known these days. Meditation is no longer limited only to practitioners of Buddhism. The greatest obstacle stopping people from starting out is not understanding how to get into meditation, or feeling that they are doing it wrong.

With some simple instructions given at group sessions, the strategy is easy to select. Find out the Little Bangkok Sangha in Ekkamai community where meditation class are conducted. Classes run for around an hour on Monday nights, from 7 pm.

Check out the museum of counterfeit goods 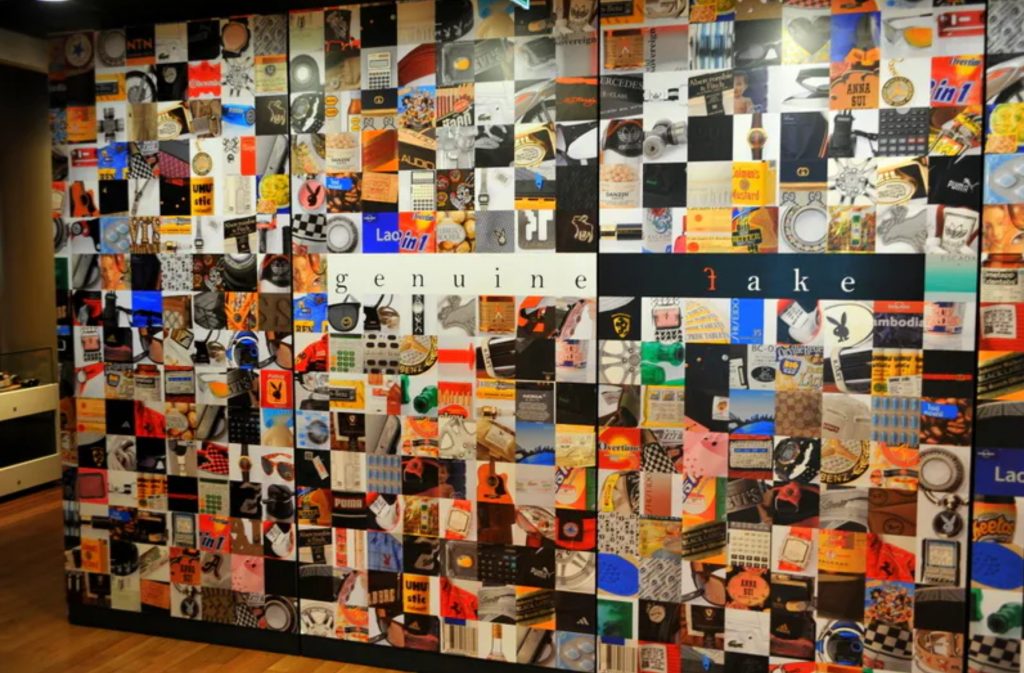 Yes, a museum of fake goods, what more could you want? At least when you visit, you can learn how to tell the difference between what is genuine and imitation.

You might need to make a booking early as it’s quite popular but it’s so worth it, unlike the many items on display. They have everything you can imagine, from designer gear to fake motorbikes.

Discover the secret island in Bangkok 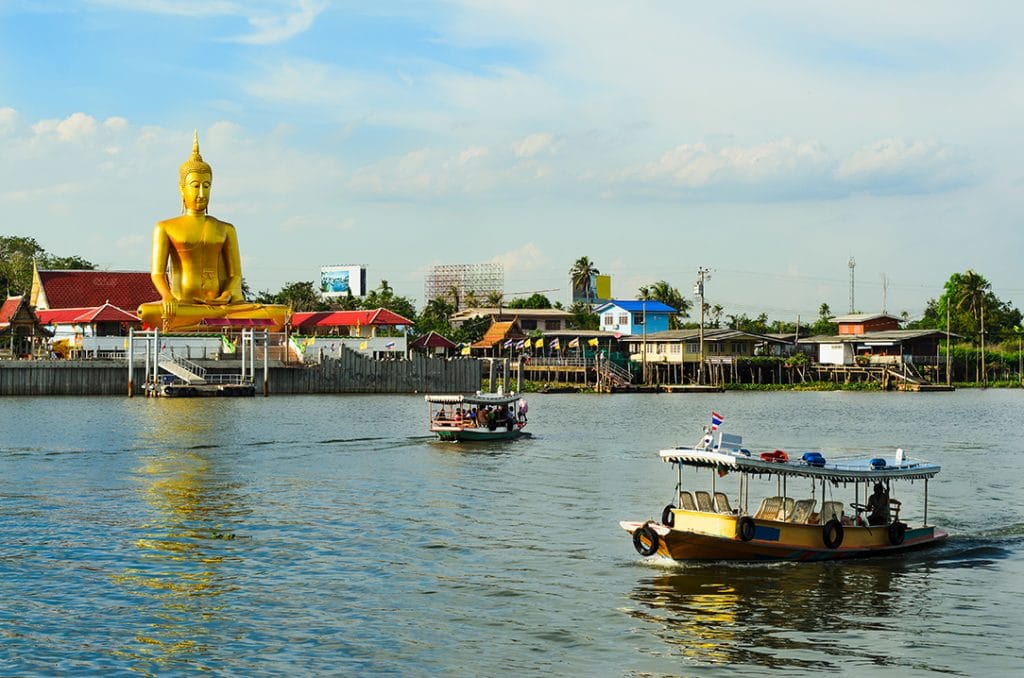 Many people who visit Thailand seem to overlook one of the most interesting and even unusual things about the city, the little secret island located on the Chaophraya river. The man-made island is based in Nonthaburi, almost 30km from Bangkok’s center. The island takes an hour to explore by foot but many like to rent a bike on arrival.

It is home to the indigenous Mon people, a tribe who made Koh Kret their home. It’s famous for its homemade pottery, food and even their own beer known as chit.