Street liquor locally known as Yaa Dong is a herb infused Thai alcohol made from local Lao Khao (white spirit) and a number of 'health enhancing' herbs. Find out more on this

“Thais have always loved to meet and have a drink or two together!” With these words Dr. Parinya from his shop in the area of ​​Tha Pra Chan, an ancient area a few steps away from the Royal Palace, introduced the subject of Yaa Dong or alcoholic moonshine. Thai liquors made with infusions of local herbs. There are traditionally two ways to preserve the beneficial effects of Thai herbs: boil them or preserve them in liqueur-like liquids better known locally as Yaa Dong Lao (colloquially abbreviated to Yaa Dong). In this way, what today is considered the quintessential local alcoholic drink, mainly drunk by the Bangkok working class, it is generally given different powers depending on the mixture purchased.

The liquors are generally sold at street stalls which in most cases exhibit 3-4 glass containers wrapped in red fabric. The color and taste of Yaa Dong varies according to the herbs, tubers and shavings present in it. The ancient Thai herbal medicine was born in Temples (Wat) where it was handed down through the apprentices and on manuscripts on palm leaves, The first herbalists were generally former Monks who once out from the monastic constraints, created their magic potions by mixing herbs with alcohol .

In any case, what makes these drinks so mysterious and fascinating are the so-called effects that they claim to cause on people who drink them, some of the drink’s varieties say they improve their appetite, others treat insomnia, pain and many other. Generally women drink Yaa Dong to cure the pain of men who runaway from them.

A widespread metropolitan legend in Bangkok is that these drinks are real natural aphrodisiacs and it is not surprising that there is even a category of them called Yaa Dope that claim to enhance sexual desires and performances; these drinks generally contain parts of animals considered auspicious for example bear feet, rhino’s horns, tiger penises. Some Thais prefer to spend more cheerful evenings mixing their drinks with live geckos or with cobra blood, considered a powerful aphrodisiac by Thai farmers.

In any case, for how many variants there can be in the market Yaa Dong is not easily available in Bangkok, the first reason is that no one is more interested in the suppression of these ancient drinks more than the Thai government, the police prevent hawkers from selling Yaa Dong although in some areas you can always find someone who is eager to sell. Furthermore, these drinks have always been associated with widespread animist folklore among Thai workers and peasants and are therefore ill-suited to an increasingly demanding growing Thai middle class.

Where to drink Yaa Dong in Bangkok?

Among the few bars in which it is possible to sip this traditional drinks, in full respect of the laws and above all health, there is Thep Bar (literally Angels’ Bar) located in the old streets of the Charoenkrung area not far from Flower Market Bangkok, the restaurant has raw charm, underlined with mood lighting and simple wooden tables. Here you will find powerful cocktails mixed with Thai fruit, herbs and spices. There is also a good line of homemade Yaa dong (Thai herbal whiskey) and a cuisine specializing in Thai tapas (as well as some classics like Pad Thai). If you come in the evening, you can enjoy a quick meal topped off with exquisite cocktails while Thai musicians come on stage to let you listen to traditional music from the central regions. 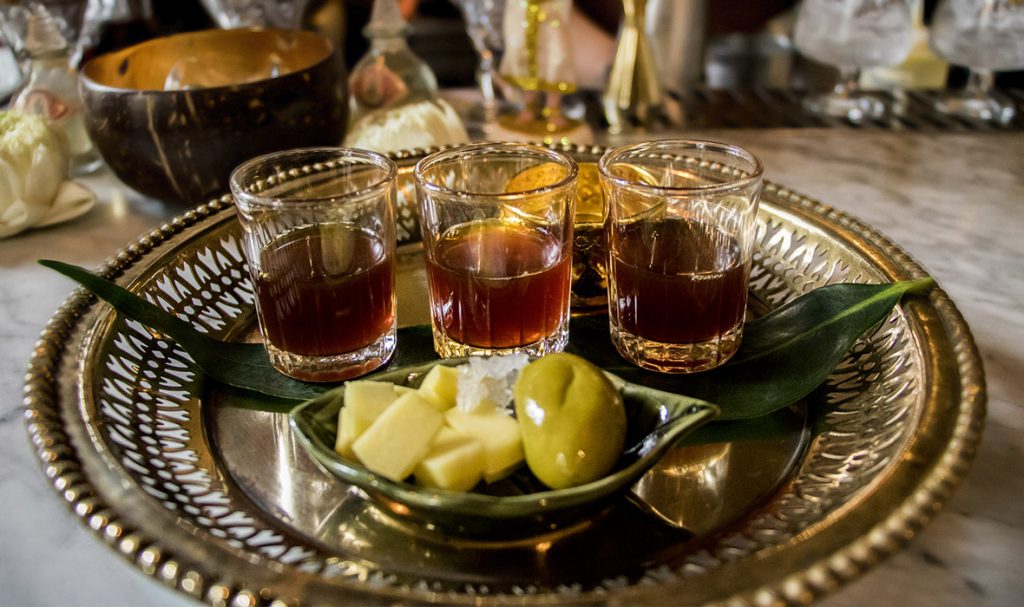