Find out Bangkok oldest restaurants to have an authentic taste of the Thai cuisine! Check our latest article!

Planning your next trip and you want to have an authentic taste of some Thai treats get to know Bangkok oldest restaurants!

She was the one who made the sticky rice, following the recipe her mother, who worked in the royal palace kitchen. Kor Panich’s sticky rice is still legendary, having been awarded a Michelin Bib Gourmand.

What to eat: Mango and sticky rice 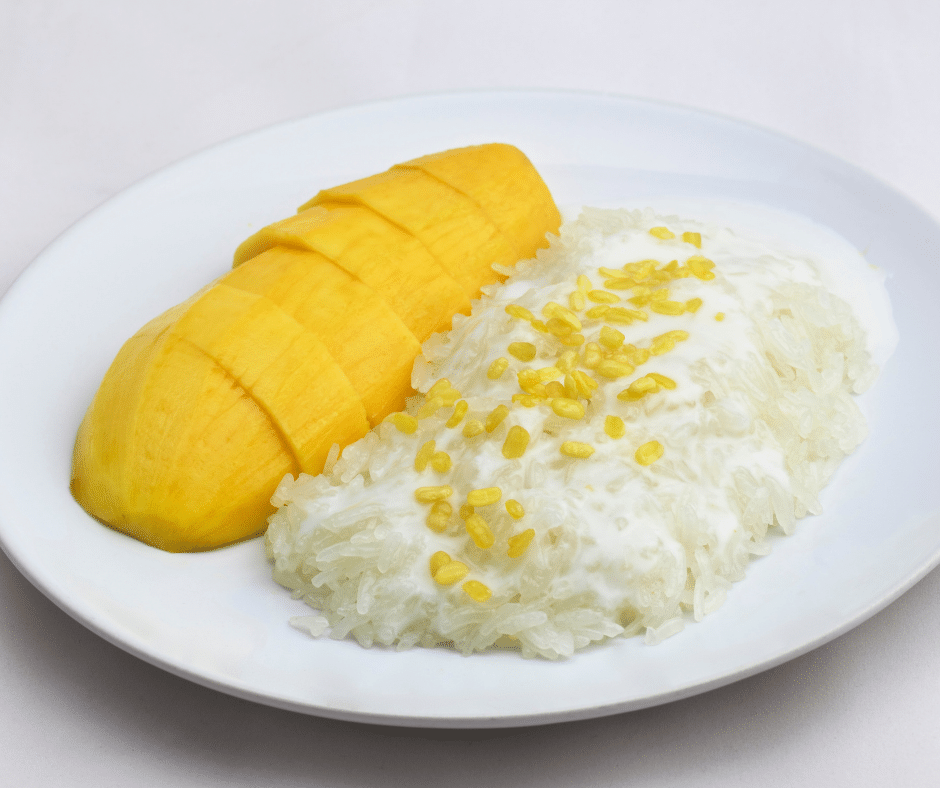 It is a congee Restaurant that first opened its doors 63 years ago in a narrow alley leading to Prince Theatre, hence its name was taken from that.

It began as a modest food stand in a tight alley and has now grown to become a must-stop in the Bangrak region, having recently moved into a genuine store house (next to original alley).

According to some people this restaurant serves the best congee in Bangkok.

The distinct flavor comes from the Smokey aroma of rice and the savory flavors of minced pork balls. Joke Prince’s success has made the restaurant famous with both residents and tourists from all over the world.

They were also given the Michelin Bib Gourmand award.

What to eat: Porridge rice with minced pork ball and raw egg 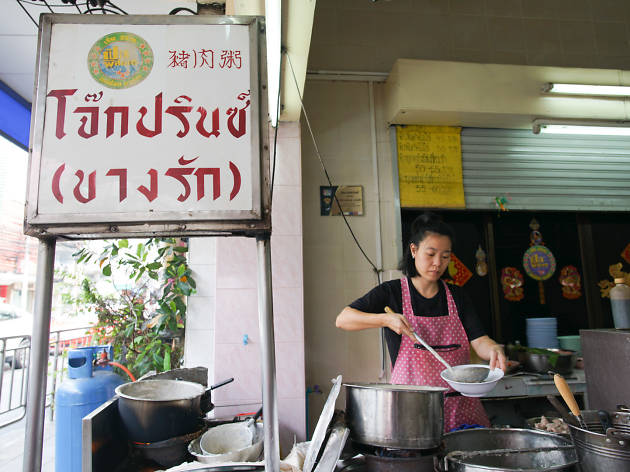 Nattaporn has been preparing ice cream for more than 60 years, and the current recipe comes from Nattaporn’s mother, who opened the business where it is now. They exclusively use natural products and don’t use any artificial flavours. Their all-time favourite flavour of icecream is coconut, as stated on the small sign hung on the top of the door in Thai. Ice cream produced from fresh cow’s milk is also available. Traditional Thai ice tea and coffee tastes are available, as well as chocolate. Red bean, peanut, crispy roasted mung bean, corn, taro, sticky rice (popular and typically sold out by afternoon), lotus seed, and toddy palm are among the toppings at Nattaporn.

They also prepare fresh light cakes that sell out quickly in the afternoon, so get there early if you want to try one. This Dinsor Road street-level shop is a local institution, the polite greeting you get when you walk in, the organisation and cleanliness of the cuisine, and notably the wonderfully rich soup, all reflect the experience.

The royal palace is the source of another age-old cooking restaurant in Bangkok. Court cooks were famous for keeping their recipes a closely guarded secret, and several went on to form institutions based on their experience spent cooking for the royal family. Potsapakarn, a 92-year-old restaurant famed for offering Rama V-era dishes such mee krob (crispy fried noodles), saeng wa (non-spicy Thai salad), and nam prik, is one of them (chili paste). 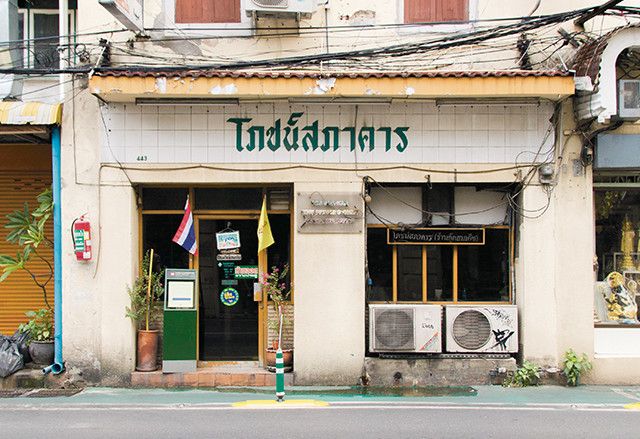 The chef owner of one of Bangkok’s most renowned restaurants, the eponymous Jay Fai, has become one of the city’s most identifiable food personalities, despite her septuagenarian status. Her celebrity has only grown as a result of her recognition by the Michelin guide judges, who gave her a star in the first Thailand edition of the French food Michelin guide in 2018.

In normal times, walk-in guests might expect to wait up to three hours for a seat these days.

Her illustrious reputation is built on the alchemy she conjures up in her scorching wok, with stir-fried dishes like pad kee mao (drunkard’s noodles) and other dishes like fluffy khai jiew poo (crab omelette) and a complex tom yam gung (hot and sour shrimp soup) more than justifying the high prices. 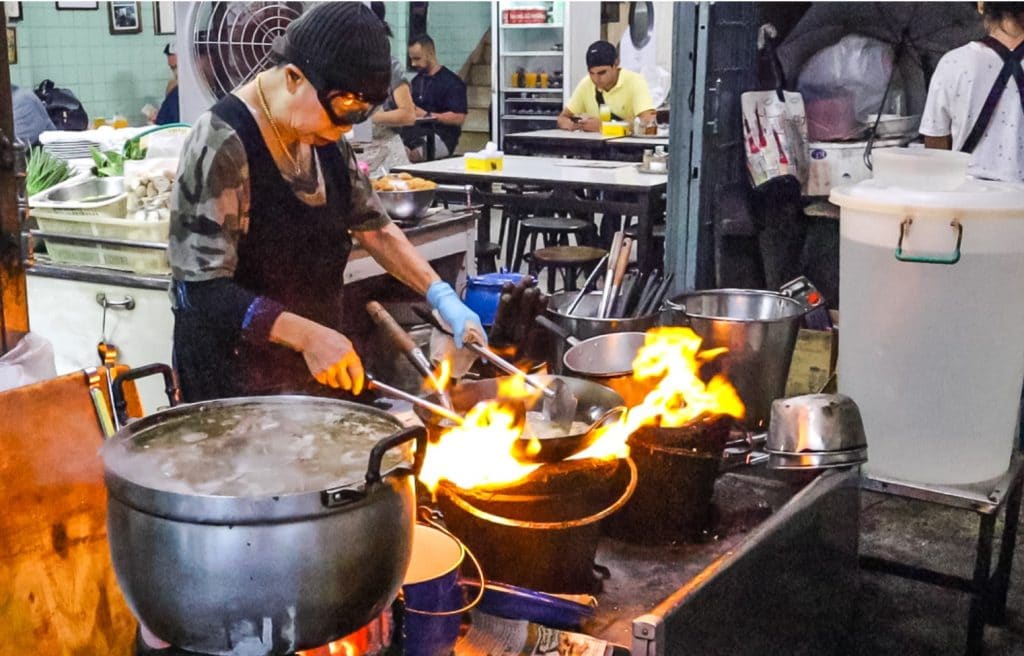 Mit Ko Yuan is a traditional Thai restaurant in Bangkok’s old town. The founder’s name is Ko Yuan. Since the reign of King Rama the fifth, his family has been involved in the food industry. In 1966, Ko Yuan founded Mit Ko Yuan, his own restaurant in Bangkok. His cuisine is influenced by Chinese, Thai, and Western cuisines. He lived in Ayutthaya before opening his own restaurant. Mr. Pridi Banomyong, the founder of Thammasart University and the leader of the 1932 coup that transformed Thailand into a constitutional monarchy, lived next door to him. Mr. Pridi had studied in France and shared with Ko Yuan his understanding of western cuisine. This is how he came up with his famous ox tongue stew. Apart from Ox tongue stew, Mit Ko yuan is known for serving one of the best Tom Yum Gung in Bangkok. 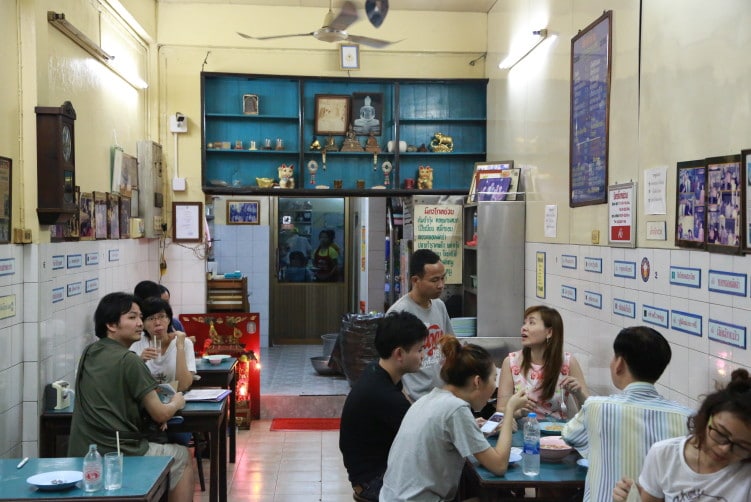