If you want to know more regarding the world famous vegetarian festival in Bangkok check our latest article!

One of the most acclaimed spots to go seeing the vegetarian festival in Bangkok is Chinatown where food stalls are set up along Yaowarat Road for the event. There are additionally tons of activities going on around Wat Mangkon Kamalawat.  During this period you will see many yellow banners all around Bangkok and that implies the restaurants are selling “Je” (vegetarian/vegan) food. In Bangkok you can get “Je” food in many regions and even 7-11 have special menu for the celebration! 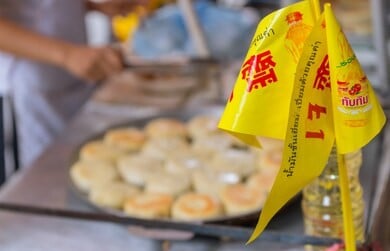 In any case, the genuine heart of the celebrations in Bangkok is on the edge of Chinatown, particularly at Talat Noi, where the local community lives up during the Je Festival by eating vegan food, watching Chinese Opera performances, and doing a few other activities. The schedule of the festival is generally the following:

Day 1 : At the Chow Sue Kong Shrine in Talad Noi there is a function to welcome the god (Hook Jow) coming up from the river and invited to stay at the Shrine as in the past there was a belief that the god came up from the water to the earth. This ceremony generally begins in the morning.

Day 2 : This is Chew Ik day which is actually the main day of celebration when people will go to the sanctuary to revere the god and make merit.

Day 4 : This is Chew Sa day which generally overlaps with a Thai Buddhist day – the principal Buddhist day in the celebration.

Day 7 : This is Chew Lak day which is the greatest Buddhist day in the celebration. In particular, individuals will free fish, turtles, birds, and other such creatures into the waterway and sky. There is a conviction that anyone doing good deeds on this day will get very excellent karma. 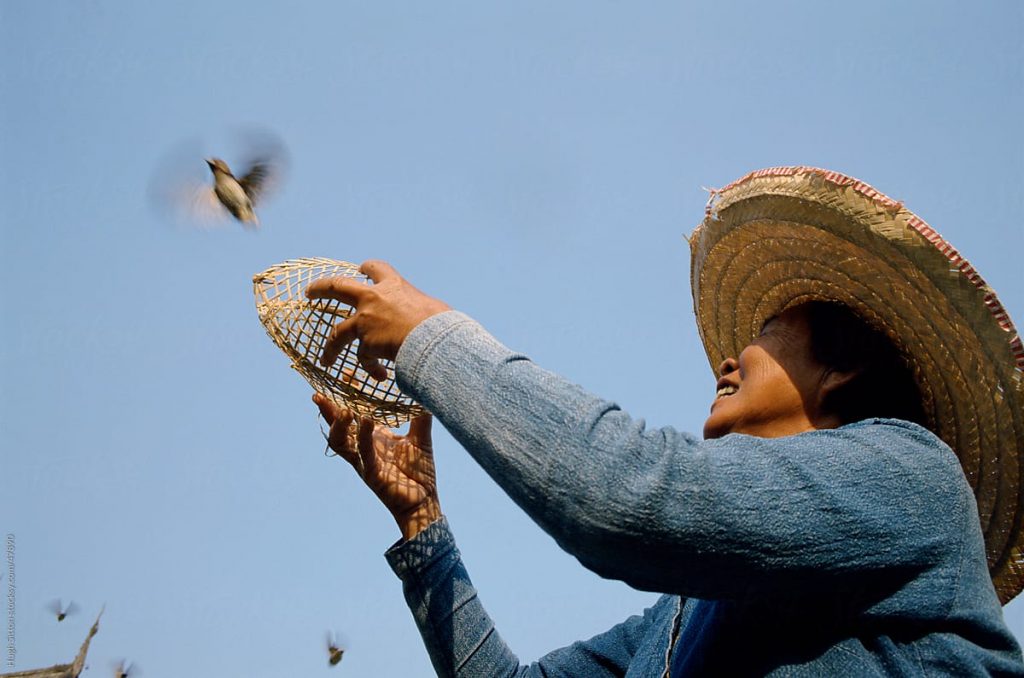 Day 8 : This is Chew Chik day: There will be a Loy Kratong style parade along the stream from Chow Sue Kong to different holy places close to Krungthep Bridge and afterward back to Wat Kalayanamit.

Day 9 : There are merit-making ceremonies during the day at 2 pm and then a dragon march procession in the evening at 6 pm. 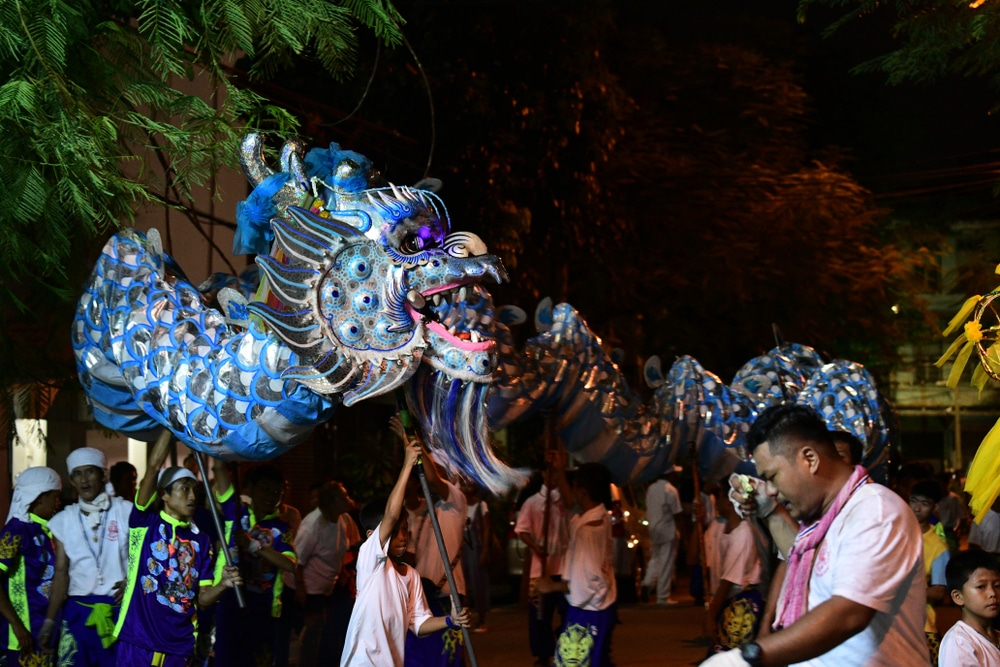 Day 10 : This is the official last day and will be a lot of offerings for the dead spirits and donating of sacred rice.

Day 11: On this day they have a ceremony to send the god back to the stream at 10 am.

Aside from the official festivals it’s enjoyable to stroll around to see the “Je” dishes produced using ingredients that resemble squid, shrimp, meat ball with pig digestive tract or even sea cucumber. These impersonation meats are really are produced using proteins and supplements from soy beans, tofu, soy items, different beans and vegetables. The main source of calcium is cooked dark sesame seeds. Fish sauce that is a mainstream preparing in Thai dishes is replaced by soy sauce and mushroom sauce. 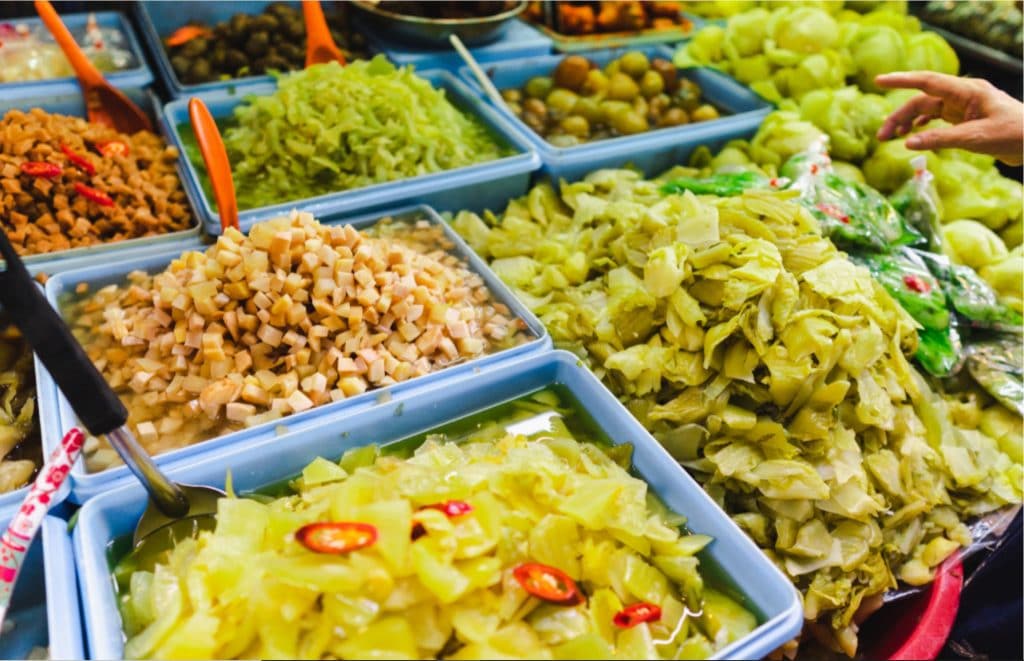 It is extremely simple to discover eateries that are taking part in the festival. Another mainstream place where a ton of veggie lover gather up is on Silom Soi 20 opposite the Hindu sanctuary. One of the best spots to proceed to eat is Rad Na 40 years on Thanon Tanao where they change the recipe of their staple dish turning it into a vegetarian (Je) Khao Gaeng.

Is It A Vegan Paradise?

A little expression of caution for the individuals who are looking for a veggie heaven. While there is certainly a great deal of alternatives for vegetarian food during this period, customarily the food served at the celebration is Chinese-Thai style vegetarian food. It is regularly southern style and there a lot of vegetarian dishes replacing proteins.
Having said that recently many restaurants in Bangkok have used the festival as an excuse to launch their own vegan menus, so there is definitely a lot more choice than usual, spanning across budgets and cuisines.

Distinction Between Je, Vegan and Vegetarian

What often confuses people is the exact definition of “Je”. Here there is a quick definition and comparisons between Je, Vegetarian and Vegan.

Je: It comes from “Jain”. They do not eat meat, poultry, fish, or other items of animal origin (eggs, milk etc.). In addition, 4 kinds of pungent vegetables are exempt from jay food; including garlic , onion, Chinese single-bulbed garlic and Chinese chive.

Vegetarians: These persons refuse to eat meat, but other animal products such as milk , eggs, and cheese can be eaten. In Thai, this is sometimes called “Mung sa-wi-rat” by people.

Vegan: They enforce stringent guidelines and refrain from consuming any animal products such as milk, butter and eggs and stop all other use of animal products.

The “Je” festival is not just about what you’re eating. There are 10 rules to follow for those who want to watch the festival:

1. During the festival, cleanness of bodies
2. Clean and use kitchen utensils separately from those who do not participate in the festival.
3. During festival wear white
4. Behave emotionally and physically,
5. Eating no meat
6. No sex
7. No drink alcoholic beverages
8. People do not attend the festival during times of mourning.
9. No ritual should be practiced by pregnant ladies
10. The festival should not be attended by ladies with the period